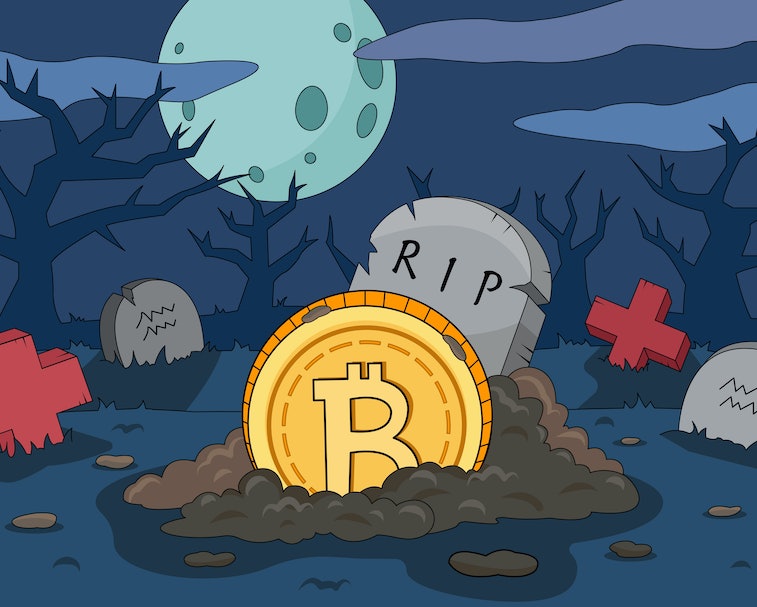 For many, the whole point and philosophy of cryptocurrencies like Bitcoin is to provide a new level of revolutionary decentralization and anonymity to their financial transactions. Much of the time, this isn’t for any nefarious or illegal reasons, but the result of years of economic frustrations with a system that makes it all but impossible to move within (that, or you’re Jack Dorsey). Unfortunately for crypto fans, its increasingly widespread popularity has predictably caught the eye of major world governments... and they are quickly moving to do something about it.

One of the most dramatic, recent examples can be found in the European Union, which is aiming to adopt sweeping cryptocurrency regulation reforms in the coming years. Last month, lawmakers announced a package of bills that would, among other things, make popular crypto options like Bitcoin traceable for governmental organizations, effectively banning anonymity for anyone using DeFi exchanges within the EU.

“The aim of this package is to improve the detection of suspicious transactions and activities, and to close loopholes used by criminals to launder illicit proceeds or finance terrorist activities through the financial system," the European Commission explained in a statement.

Essentially, any service offering cryptocurrency exchanges between customers would require the name, birthdate, physical address, and banking information from both ends of any transaction. Additionally, all anonymous crypto-wallets would be rendered illegal, “in an effort to make transactions using Bitcoin and other cryptos fully traceable,” according to a recent article from EuroNews, which also notes that the new proposals still require the approval of both the EU states themselves, as well as the European Parliament, which could take up to two years to complete.

Less likely to use (European) exchanges — Of course, it’s hard to overstate how severe the consequences would be for European crypto markets. While some certainly won’t mind the EU’s shift, many will definitely be shying away from any exchanges based in the European Union. Being cryptocurrency, however, there would be a number of pretty simple workarounds to the issue, namely setting up accounts with exchanges based in more DeFi-friendly nations. Although EU-based crypto transactions could still be useful for cross-border purposes to skip on hefty bank fees.

Were the bills to become law, Bitcoin usage in Europe could be rendered into simply a more secure, public transaction system. With blockchain wait times and exchange fees, however, it’s hard to see how EU options would remain popular.