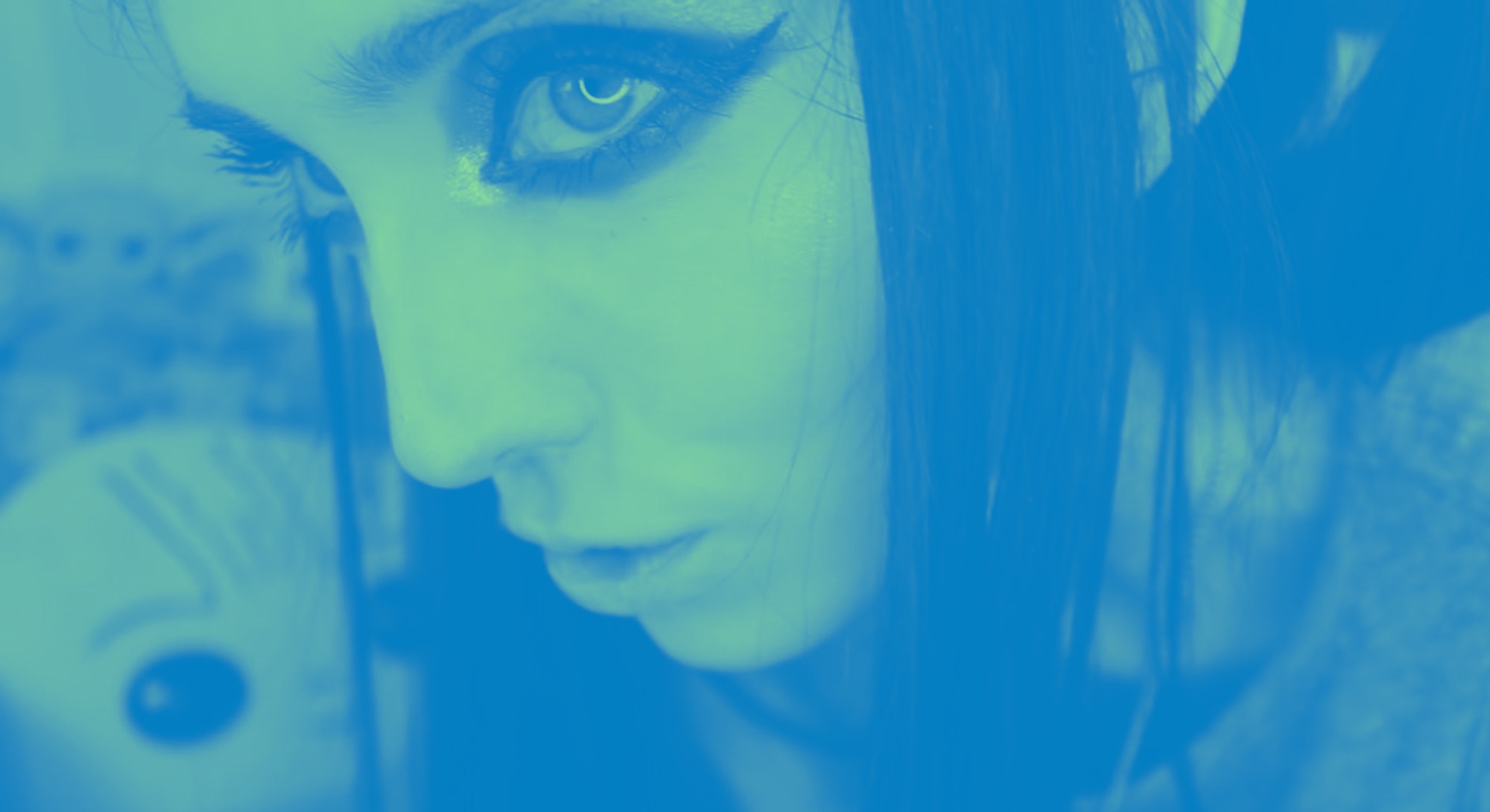 Brittany DaLuca was 16 years old when she developed an eating disorder.

It began in 2016, when an acquaintance of DaLuca’s suggested that she should experiment with food restriction. At the time, DaLuca had little control over her life — and the calorie counting made her feel powerful. It quickly became an obsession, and her food intake reduced until her daily diet consisted of just an apple and a rice cake. At her worst, she weighed roughly 86 pounds.

It was during this period that DaLuca stumbled upon the U.S.-based influencer Eugenia Cooney. The vlogger, who began her career in 2011 at the age of 17, has 2.13 million subscribers on YouTube and 410,000 followers on Twitch. Like many young, female influencers, she attracted fans by filming herself applying makeup and trying on clothes. But her stardom was not built entirely upon style.

“For as long as Cooney has been popular online, fans have speculated that she suffers from an eating disorder,” Amelia Tait wrote in an early 2019 piece for The New Statesman, which explored accusations that Cooney promoted — or even glamorized — disordered eating by flaunting her gaunt figure online. “She has never spoken about the subject publicly and avoids talking about her weight online. Regardless, the internet at large believes she is sick.”

DaLuca, now 24 and living in New York State, was drawn to Cooney’s videos for this very reason. Then, a year into her battle with her eating disorder, DaLuca contracted fungal pneumonia due to her body’s weakened state. She was hospitalized for three months and given a 30 percent chance of survival. It was the wakeup call she needed, and she turned her life around. She now works as a birth doula and is married with a six-month-old daughter. She maintains a healthy weight.

“People mock her and drag her down while disguising themselves as supporting her recovery.”

However, DaLuca never stopped watching Cooney. In fact, she joined the subreddits that monitor the vlogger’s online behavior.

“It’s just turned into kind of a nightly routine to check and see if there’s any updates on her. I tend to go to the subreddit to see if any controversies have come out, or if anything has happened,” says DaLuca. “In my heart of hearts, I don’t believe that she’s a terrible person. But I do believe she has narcissistic tendencies.”

DaLuca is one of many women who frequents Reddit’s dedicated Eugenia Cooney communities — the most prominent being r/eugeniacooney and r/eugeniacooneyy — where thousands of members keep track of the influencer’s every move. Some claim they provide “support” to help the vlogger heal, while others express straight-up contempt for Cooney. But whatever members’ stated motives, the subreddits are filled with vitriol and abuse aimed at Cooney. Some members, like DaLuca, are worried they could be doing more harm than good to everyone involved.

According to insiders, members of these communities — despite their protestations — can’t get enough of Cooney. “There’s a lot of people who are very unhealthily obsessed with her. They mock her and drag her down while disguising themselves as supporting her recovery,” says Lilyona, a 17-year-old student from Illinois who discovered Cooney in 2019, shortly before they developed anorexia. (Input is withholding Lilyona’s last name due to their age.) “But there isn’t much you can do to support a person with an eating disorder. They have to reach out.”

Lilyona feels many members of the Cooney subreddits lash out because they feel helpless about the influencer’s situation. “It’s heartbreaking and relatable, and it could all be prevented, but it’s not,” says Lilyona, who has previously defended Cooney’s behavior — which they feel is driven by mental illness — on Reddit. “I think a lot of people are in these subs because they want to help but they don’t know how.”

“It’s kind of a known thing between members that we’re checking in [on the subreddits] constantly to keep a check on ourselves.”

DaLuca, meanwhile, thinks members of these communities are motivated by their own needs, rather than a deep desire to help Cooney. “People are in the subreddits because they’re currently dealing with an eating disorder or are trying to stay away from one,” she says. “It’s kind of a known thing between members that we’re checking in [on the subreddits] constantly to keep a check on ourselves.”

DaLuca also thinks that bullying Cooney is cathartic for some who use her as a scapegoat for their own struggles with eating disorders. “People are upset with her because she doesn’t take accountability for the way she looks,” DaLuca says. (Though for much of her career Cooney insisted she was healthy, this changed in early 2020, when she spoke publicly about getting psychiatric help for disordered eating.) “I think that’s why people hate her so much. They don’t really care about how it makes her feel.”

It’s the callous attitude of Cooney’s detractors on Reddit that has raised alarm bells for some observers. Although users have mobilized to campaign for age restrictions on Cooney’s content and “cancel” brands that partner with the star — often under the guise of protecting children from Cooney’s content or helping the influencer herself — their posts are peppered with abuse.

Members circulate pictures in which they mock Cooney’s hairline and clothes, and memes that compare Cooney to things like withering plants. “It’s getting weird and disturbing that so many people here seem to be enjoying upsetting and antagonizing Eugenia,” wrote one user in a recent post on r/eugeniacooney. “Some people are enjoying this a bit too much and it’s gross and you probably need to log off for a bit.”

Tracy, a 58-year-old Cooney fan from Alabama who asked Input to withhold her last name, doesn’t think that much of the community has the vlogger’s best interests at heart. “They’re posting pictures of her Instagram, they’re watching her videos and her Twitch — they are hateful in the comments,” says Tracy, who recovered from anorexia almost two decades ago.

“I think the best thing for Eugenia would be for her to not be on social media or see all of these comments about her.”

Vicious or graphic posts seem to gain the most traction on the Cooney subreddits. “Even if you’re having negative interactions, it’s still an interaction or a view,” Tracy says. “That puts her videos out there for more people. I think [the posters on Reddit] actually enjoy the drama.”

DaLuca, meanwhile, thinks that large parts of the community, while misguided, still do care about Cooney. “The pictures of her that people put side by side, of her in 2016 and in 2022, are shocking. I think it’s a morbid curiosity thing: ‘How could this possibly happen?’” she says.

Still, DaLuca isn’t sure that Reddit is the right place to fix these sorts of issues. “I think the best thing for Eugenia would be for her to not be on social media or see all of these comments about her,” she says. Subreddit members often discuss how Eugenia reads their comments, although none have presented hard evidence that the vlogger is lurking in their midst. (Cooney did not respond to Input’s request for comment.)

“Regardless of what you say — that she needs to eat more, or she needs to eat less — none of it is good for a person with an eating disorder because it all fuels the disorder,” DaLuca adds. “So, in general, I think it’s toxic.”

Lilyona, too, would like to see major changes in the community. “I think people should consistently put out resources and recovery stories to show her she can have a life beyond her eating disorder — and they should stop watching the streams,” says Lilyona. “I think it would help if we said, ‘Eugenia, we’re here with you. We can’t watch you, but we’re here with you.’”

“Eugenia’s content is designed to be shocking and controversial, so we allow people to express their honest feelings about that.”

In a statement provided to Input, the moderators of r/eugeniacooney defended the subreddit. “[Cooney’s] content is analyzed to expose the deceptions, denial, and shady practices Eugenia uses to maintain her image,” the statement reads. “Eugenia’s content is designed to be shocking and controversial, so we allow people to express their honest feelings about that. Overall, this community is here for people to process their thoughts and feelings about the effect her kind of content has on them and on others.”

Lilyona hopes that, as questions continue to emerge about the community’s treatment of Cooney, people will start to change their view of the influencer. “She is struggling with a mental illness, and it’s nothing more than that,” says Lilyona. “It doesn’t mean she’s evil. It doesn’t mean she’s continuing because she’s profiting. No matter how much money you are making, nobody wants an eating disorder.

“I’m almost in support of her staying online because she shouldn’t be shunned for having a mental illness,” she continues. “I’ve lost all my friends because of mine. I should just be able to live and have my own experiences, just as Eugenia should.”

DaLuca is still on the fence about whether or not the subreddits are helpful. “I think the comments on her body and how much thinner she’s getting — that kind of thing would have just made me want to keep going,” she admits. “But if someone would have given me a reality check, and told me I’d die if I don’t stop? I think that brutal honesty would have put it in perspective for me.”