"Apple proudly displays its work on accessibility technology... Yet, these accusations seem to indicate that the company does not appear to be practicing what it preaches in its own retail stores.”

Attorney Andrew Monkhouse, who is handling the Ontario case 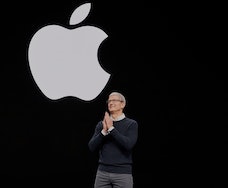 Apple has been accused of violating Ontario's Accessibility for Ontarians with Disabilities Act, according to Patently Apple. The case involves a 33-year-old former Apple employee, named Robert Shaw, who requires a wheelchair for mobility.

According to the report, Shaw claims Apple failed to follow his accommodation plan and declined to automate four doors for the worker. Shaw also says the company did not provide him a height-appropriate table at the Apple Store he worked at.

What Shaw’s attorney has to say — According to the report, Shaw’s attorney, Andrew Monkhouse, accused Apple of failing to provide the necessary accommodations for an employee in a wheelchair.

So, what now? — Apple isn’t exactly a stranger to accusations of workplace violations. In September 2019, the company was accused of violating Chinese labor laws by hiring temporary workers and inadequately compensating them for their work. Apple denied most of the claims made in the case and noted that it identified "some" workplace compliance problems but the issue wasn't as egregious as the accusations sounded.

With this disability law issue, however, Apple has a different and possibly new problem to contend with. For several years now, Apple has been big on the Global Accessibility Awareness Day, vowing to ensure that its technology was meant for everyone, including the disabled community. These claims made by Shaw and his lawyer, though, put a hole in those promises and contradict what Apple has presented so far.