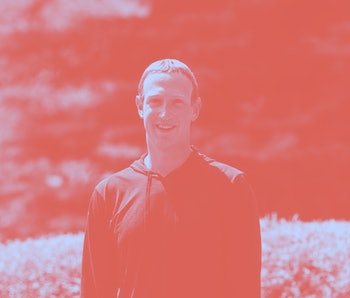 A lot of people may not be aware of this, but Facebook hasn’t allowed anyone to buy or sell guns on the social media platform since 2016. To some, this might seem like a no-brainer, but to others a bit more familiar with Meta’s often seemingly arbitrary and inconsistently enforced policies surrounding misinformation, free speech, and violence, it’s actually somewhat surprising. Pleasant surprise, in this case, will be short-lived, given a new report from The Washington Post that reveals one jaw-dropping fact: A user can hypothetically violate Facebook’s policy 10 times before getting banned.

Facebook, for its part, didn’t dispute this 10-strike policy — not only that, it attempted to justify it by claiming that many of its gun-seeking and selling users still aren’t fully aware of the website’s commerce rules. Call me a stickler, but anyone who needs to be reminded nine times that they can’t sell deadly weapons on a social media site probably shouldn’t have access to said platform or guns for that matter.

Complicity, not accountability — The infuriating news could not have come at a worse time given the latest rash of mass shootings. “Facebook’s 10 strike rule for prohibited gun sales is beyond shocking — it’s incredibly dangerous,” Shannon Watts, the founder of Moms Demand Action, declared in a statement. “Gun violence is tearing apart our communities and yet Facebook is more concerned about giving gun sellers not just a second chance, but 10 chances? That’s not accountability, that’s complicity.”

“No social media platform has reasons for why their thresholds are what they are. Everyone’s just making up numbers,” one anonymous source at Meta explained to The Washington Post.

Facebook swears it makes sense — According to Facebook reps, however, the vast majority of people found in violation of the website’s gun market policies only break the rules once or twice. “If we identify any serious violations that have the potential for real-world harm, we don’t hesitate to contact law enforcement,” they said, adding that, “The reality is that nearly 90 percent of people who get a strike for violating our firearms policy accrue less than two because their violations are inadvertent and once we inform them about our policies, they don’t violate them again.”

Please feel free to check my math here, but this implies around 10 percent of these people are trying to figure out ways to skirt Facebook’s rules. What’s more, The Washington Post report also details how countless gun sellers are well aware of the weapons ban, yet continue to find novel ways to continue their commerce undetected. Between the people that don’t care about Facebook’s hypothetical rules and those who actively break them, that’s still a massive, terrifying problem that demands addressing.

More like this
Annie Rauwerda
6.23.2022 6:59 PM
God save the teens
Instagram hopes video selfies will keep underage users off the platform
Andrew Paul
6.15.2022 4:33 PM
Ginsbot
No one asked for a Ruth Bader Ginsburg chatbot, but now we have one
Matt Wille
6.23.2022 2:58 PM
💰
Zuckerberg ditches election moderation in hot pursuit of metaverse revenue