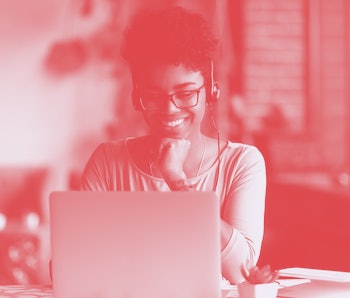 Facebook is set to add officially licensed music videos to artists’ Pages in August, according to materials reviewed by TechCrunch. The feature is an expansion of Facebook’s 2017 deal with Universal Music to allow music to be licensed directly to Facebook’s full suite of apps. Until now, Facebook has only allowed artists to post partial music videos for copyright reasons.

In the new marketing materials, Facebook gave Page owners the option to turn the forthcoming feature on before it’s officially added on August 1st. If an artist chooses not to opt into the feature by August, Facebook will auto-generate a stub page containing the artist’s videos.

The music video library expands into uncharted territory for Facebook, into a space long dominated by Google-owned YouTube. The move lines up with Facebook’s overall strategy as we move into the new decade — that is, invade every nook and cranny of the internet until there’s no need to access any other website, ever. The feature will appeal to Facebook stans — and likely bring in some extra views for artists — but it’s going to be difficult for the company to really break into the music video market at this point.

No upload required — The best selling point for Facebook’s music video library is that artists and Facebook Page managers will need to take next to no action for the videos to populate.

By enabling the new setting, artists give Facebook permission to automatically add new music videos to their Page to be discovered by fans. That library will include both the artist’s official music videos and those they’re featured in.

Auto-sharing, too — In an email to Page owners explaining the new feature, Facebook also stated that new music video releases will automatically be shared to the artist’s main Page. That auto-generated post can later be edited by the Page owner, and the auto-sharing feature can also be disabled completely.

This will also push the video to the Timelines of users who have liked the artist’s Page and subscribed to updates, likely bringing quick attention to new releases.

You’ll never be YouTube — Facebook’s new music video library is an obvious grab at the market that YouTube has successfully cornered. When it comes to music videos — and videos of all sorts, really — YouTube has really made a name for itself with its consistent user experience and overall availability.

Facebook’s army of users is sure to generate video views as new releases are pushed to their timelines, effectively making money for both artists and Facebook. But YouTube reports more than 2 billion monthly users, while Facebook’s Watch video platform has just a fraction of that: 720 million visitors monthly, at last reporting.

Internet video is a competitive market, and it’s one that YouTube has dominated for a very long time. Facebook isn’t ready to give up just yet. But hey, at least this will bring in some additional revenue for artists.