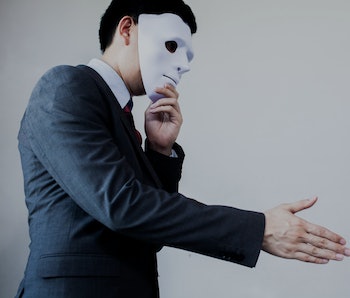 In its latest report on efforts to bolster authenticity on its platform, Facebook has announced that it has removed coordinated inauthentic behavior (CIB for short) coming from two separate networks. One was based in China and other in the Philippines. According to Facebook, the company took down the following:

According to Facebook, these networks were violating its guidelines on foreign as well as government interference. As the 2020 presidential election gets closer, Facebook is trying to improve its strategies regarding fake news, CIB, and in this case, as Graphika points, propaganda that supports a foreign government. Earlier in September, it removed Russian, American, and Pakistani disinformation networks.

The report notes that the Chinese network had used fake accounts with the help of avatars generated by artificial intelligence and the resulting face — which looks highly realistic — belongs to no one in real life and can easily slip the best of radars.

Creepy and common — Graphika shared several photos of these fake people, noting that:

What Facebook found — According to the report, the company found that the Chinese disinformation campaign brought up the United States presidential election, issued pro-Chinese government soundbites, and in a case of strategically polarizing political debate, the network of fake profiles managed to run one anti-Donald Trump group, one pro-Trump, and finally one pro-Biden. And people fell for these groups, including 1,400 members for the pro-Biden group.

The majority of the activities shown by the network involved profiles commenting on maritime security related to the South China sea as well as posts about Taiwan. The network in the Philippines criticized communism as well as progressive activism among young people, with links curiously leading to the military and police in the country.

A bulk of Facebook's conduct around fake campaigns and heightened political chaos on its network is disappointing. Just look at what happened with regards to Cambridge Analytica and the 2016 presidential race. But it sounds like the company is trying to pull its weight — though not necessarily because Mark Zuckerberg had an epiphany overnight to care about his medium's deleterious impact on the world. It's probably because Facebook cannot afford to let its shareholders down the way it did four years ago.