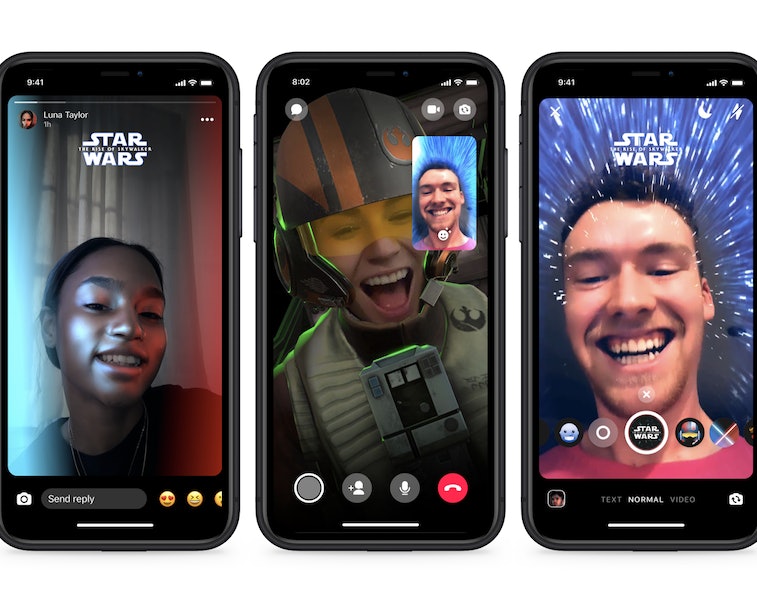 Facebook and Disney are teaming up on a Star Wars theme for Messenger. The partnership comes days before the debut of the highly anticipated film The Rise of Skywalker, which hits theaters on Thursday, December 19. In the chat theme, you'll find stickers, reactions and augmented reality effects, all of which you can use to show your Messenger friends how hyped you are for the movie. For example, these new features let you see what you would look like as pilot in the cockpit of an X-Wing, or you can have an effect that shows you're reppin' the dark side.

A first for Messenger — Facebook told Input this is the first time Messenger has created a chat theme with another brand, which could open the door for more like it in the future. If you're a Star Wars buff (or even if you're not), don't wait too long to try the features, as Facebook says they are "limited edition."