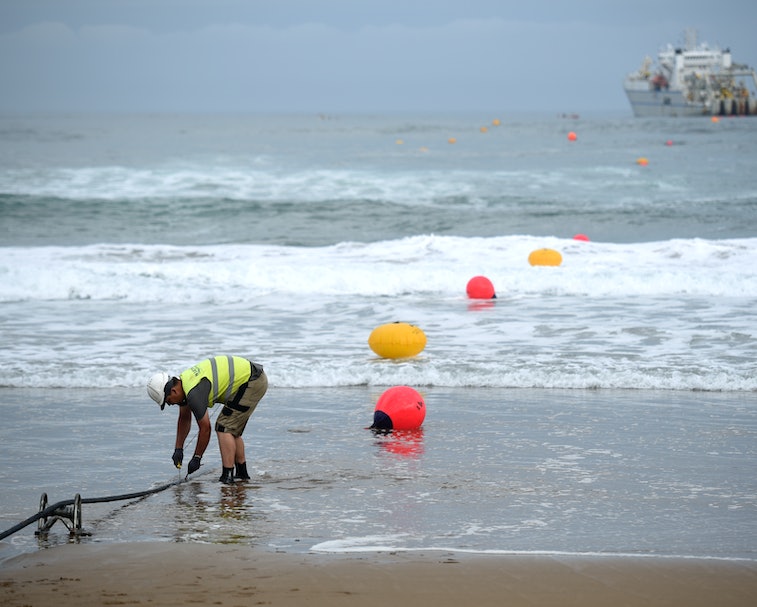 Facebook is seeking to expand its presence on the African continent. The company recently announced its decision to boost internet capacity at the local level with a massive 37,000 kilometer-long undersea cable that will link 16 African countries with the Middle East and Europe and run around the entire African continent.

Investors in the 2Africa initiative — which was initially called Simba — include Egyptian, Chinese, Saudi, French, and other telecommunications providers. Facebook's director of network investments, Kevin Salvadori, gave The Wall Street Journal a hint about the company's plans for bolstering Africa's bandwidth.

"It’s about developing supply in the market to serve our growing user base and the internet," Salvadori explained. "Most users in Africa today are still on 2G devices. When those people have a 4G device, their ability to access video and do so many other things just skyrockets."

What Facebook says — Especially with the ongoing pandemic, Facebook notes that it's key to provide underserved parts of the continent with high-functioning, high-speech internet. People should have the ability to work without hiccups, attend online classes, and stay in touch with their loved ones in these trying times. The 37,000 kilometers long subsea cable should be able to keep locals connected to the world, assuming, of course, the cost of connectivity from ISPs and mobile operators for end-users is affordable, that is.

"It will provide nearly three times the total network capacity of all the subsea cables serving Africa today," the company announced on Wednesday. "When completed, this new route will deliver much-needed internet capacity, redundancy, and reliability across Africa; supplement a rapidly increasing demand for capacity in the Middle East; and support further growth of 4G, 5G, and broadband access for hundreds of millions of people."

It does look a lot like a land-grab — Understandably, critics don't entirely approve of Facebook's venture in Africa. With a troubling record on privacy and transparency issues, some may not view 2Africa as a selfless commitment to improving the continent's internet capacity, but more like another business project by Facebook aimed at continuing to grow its user numbers when they've plateaued in most developed markets.

Given inequities that many local entrepreneurs face while seeking funding for their ideas, it's a natural kind of concern and criticism to have. For its own part, Facebook seems to be aware of this complaint and has claimed that 2Africa will be led by local operators. "We see 2Africa as an important pillar," the company claimed, "supporting tremendous internet expansion as part of Africa’s growing digital economy." The problem with that, is that local operators like MTN tend to do everything in their power to keep prices high, and cost reductions at the international connectivity level seldom trickle down to consumers. Facebook may need to use more stick than carrot if people on the ground are to actually see the benefits it's promising 2Africa will bring.