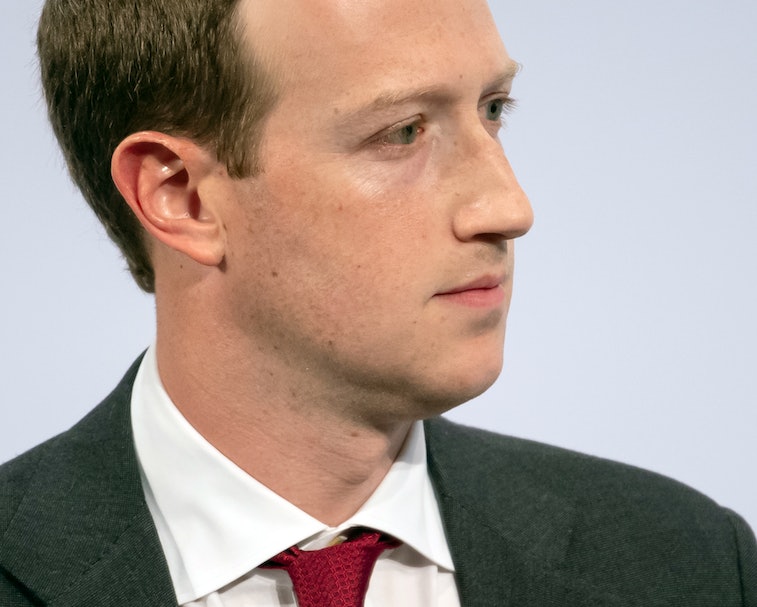 Donald Trump has repeatedly evaded questions about an accountable and peaceful transfer of power should he lose the upcoming presidential election. To this end, and because it's a likely channel through which the President might seek to sow dissent, The New York Times reports Facebook has decided to ban all political and issue-based advertising on its platform after polls close on November 3, and for an indeterminate period thereafter.

The company says that it will also inform its users with notifications at the very top of their timelines that there's no official victor yet until such time as reputable news outlets have confirmed the results. You know times are unprecedented when even Facebook is trying to figure out how to prevent an event that in any normal era would be unthinkable.

Of course, cynics will argue that Facebook could also have followed Twitter's lead and banned political ads sooner, rather than profiting from them until the last acceptable moment. Or that the President may not feel so emboldened to ignore the rules of the republic had he not had free reign on social media for so long. So, it's a good thing we're not cynical.

How we got here — Prior to this announcement, Facebook stated that it would place a ban on new political ads for the week prior to the presidential election. Of course, that's no good for combating any misinformation-laden ads secured before the final week, and those voters who might be influenced — as so many likely were by the Russian interference campaigns of 2016 — will likely already have been targeted by then. But hey, don't let that suggest that Facebook cares more about money than democracy.

According to The New York Times, Facebook will use Reuters and the Associated Press as sources for confirmation of the 2020 election winner, a move that will doubtless have them labeled by the Superspreader-in-Chief as mouthpieces for the mythical "radical left."

On top of that, Facebook will discourage posts that call for "poll watching" as an intimidation tactic. That is to say, posts that "use militarized language or suggest that the goal is to intimidate, exert control, or display power over election officials or voters," the company explained.

Practical, not noble — We'd love to think that Facebook is finally bowing to pressure from the myriad critics who see Zuckerberg's stance on political disinformation as ripe for abuse and exploitation. Zuckerberg perpetually and repeatedly prizes newsworthiness over accuracy, profits over facts, and clicks over ethics. But more likely, the company is simply looking to cover its own ass, and avoid a repeat of 2016, Cambridge Analytica, and the other debacles that have regulators eager to curtail its power.

The move comes just a day after Facebook went on a face-saving spree of banning groups, pages, and user accounts associated with the notorious QAnon political conspiracy movement. The very same movement Facebook, until yesterday, enabled and bolstered through its indifference.