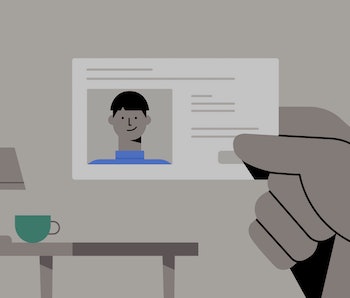 Facebook will now require people who often go viral on the social network to verify their personal identity. The move is the company's latest attempt to curb the coordinated spread of information since the 2016 presidential election.

Under the new policy, any user who often sees their posts go viral will be asked to send Facebook a picture of their government-issued identification, like a driver's license or passport. Any person who doesn't comply, or whose ID doesn't match their Facebook account, will have distribution of their posts reduced. Facebook says the picture of your ID will be stored on its servers securely.

Just yesterday, CEO Mark Zuckerberg said he doesn't believe Facebook or any other social media company should be an arbiter of truth or fact-check everything that reaches its platform. The comments were in response to President Trump's tirade after Twitter fact-checked one of his tweets for the first time. The grey area that Zuckerberg creates with such comments make people skeptical that Facebook will improve.

The misinformation fight — Facebook already requires the people managing popular pages to verify their identities, and paid advertisements must come from verified sources. But much misinformation and divisive content on Facebook is also spread through coordinated networks of personal accounts. The company releases monthly updates on all the accounts it has closed for such activity. It said that in April it deleted twenty fake accounts that were spreading information regarding the fringe QAnon conspiracy theory.

Fake accounts often spread misinformation with the aim of intensifying polarization or push political agendas. Misinformation can have dangerous effects, such as the shooting at a pizza restaurant in 2016 that resulted from a conspiracy theory about the Clintons that went viral.

Repairing Facebook's reputation — Facebook has been playing a constant game of cat-and-mouse with fake accounts ever since it took fire from Democrats who say it allowed misinformation to spread that resulted in the election of President Trump. Zuckerberg initially dismissed the possibility that information spread on Facebook could have influenced the outcome of the election but the reputational damage became too much, and the company is now spending millions trying to ensure information on its platform comes from trustworthy sources.

Facebook recently announced the first members of its new Oversight Board that will advise the company on decisions regarding content removals. The company hopes that the involvement of an independent body will help shield it from criticism over decisions to delete content from any particular news outlet or person. Critics argue that the board is symbolic because Zuckerberg still holds total control over Facebook and its policies, and has been shoring up his power even more in recent years.

Regardless of the controversies, Facebook continues to shovel in money and soon will be able to pay its employees less for working from home. The company continues to grow and pay small fines along its way to world domination.