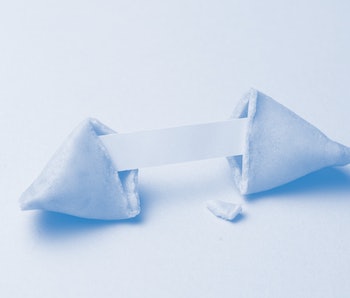 Facebook's New Product Experimentation (NPE) team is self-explanatory. The group of engineers and entrepreneurs is known for playing around with ideas that can be hits or misses. Most of the time, they're sore misses — like the NPE's attempts at creating Hobbi which was oddly similar to Pinterest and then Tuned, which seemed to be a total ripoff of the Kushner-and-Klaus romantic app.

On Thursday, NPE came out with a prediction app called Forecast. This is, we are told, an app where "crowdsourced predictions" take off for the purpose of community-based discussions. The product lead at NPE, Rebecca Kossnick, explains that Forecast would be the platform where people can discuss "the future of business, to sports, to the United States 2020 election" and presumably more. Forecast also touches upon incredibly sensitive matter like COVID-19 and vaccination campaigns.

For a social network that is continuously at the center of controversy for its ability to let misinformation thrive, Forecast sounds like the antithesis of what a company should be doing to fix its fake news and hoax problem. Sure, people make guesses all the time, including supposedly "educated" ones, and there's nothing technically wrong with hypothesizing in the open. But when it comes to subject matter like the coronavirus or the American elections — topics that have attracted full and dangerous disinformation campaigns — an app that encourages unchecked "predictions" sounds like a terrible idea.

A fortune cookie for chaos — Kossnick explains that Forecast is based on a "prediction market" where users can place predictions about a topic and others can chime in. According to the product lead, Forecast has made over 37,000 predictions so far since its initial and rather quiet launch in June.

If a prediction comes true, it is categorized "settled" while ongoing predictions allow users to discuss their perspectives and substantiate their views in threads below a forecast. Kossnick notes that Forecast encourages "measured, respectful conversations" but that sounds unlikely to remain the case given that this is the social network where fringe extremists in Kenosha, Wisconsin, had confidently discussed opening fire on Black Lives Matter protesters — and Facebook ignored multiple warnings around the matter.

Aesthetically pleasing as Forecast looks — its clean design grabs your attention right away — its social implications could be dire.

Predicting whether Donald Trump or Joe Biden wins this November is one thing but making "forecasts" around a virus that has killed at least one million people around the world while countless engage in conspiratorial thinking is another. The NPE team says that Forecast editors will chose predictions wisely but a cursory glance at Facebook's moderation tactics doesn't inspire a lot of hope.