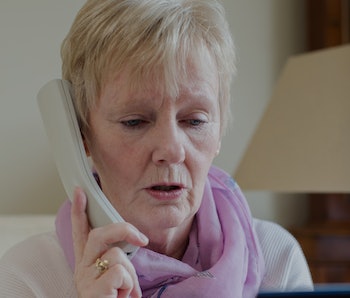 Spam calls, scam calls — they're neverending. A United States federal court has slammed multiple companies and a single individual under an order that will end a long-running tech support fraud scheme. According to the Department of Justice, the person named within the case, Michael Brian Cotter, had been collaborating with four other companies out of Glendale, California to target the elderly under the guise of telemarketing as well as software support. Cotter had the help of Global Digital Concierge, Sensei Ventures, NE Labs, and KeviSoft.

The scheme ran from roughly 2011 to 2020, in which the victims would be hit with false security alerts through fake websites. The message would tell the victim that their computer had been hacked and that there was a toll-free number they could call to receive "assistance." This call would then be directed to an India-based call center. Victims would be asked to provide their personal information and security details to access their personal computers. At the end of the ordeal, according to the Department of Justice, the individual's computer would be infected with malware.

A network of manipulation — The calls coming from the Indian call center would suggest the victim buy expensive services and programs to "fix" the issue. By exploiting the vulnerability and trust of these people, often elderly, Cotter and the team he was in cahoots with were able to run a network of shell companies, create website domains to give a baseless sense of legitimacy, and trick people into providing funds, the Department of Justice argues.

What happens now — The accused have agreed to follow an injunction under the order. This means their business is permanently down. Any kind of failure to commit to this permanent injunction could result in heavy penalties, including criminal prosecution. The Acting Assistant Attorney General Jeffrey Bossert Clark, of the Civil Division, released a statement on the lawsuit. "The department is committed to protecting vulnerable Americans, particularly America’s seniors, from those who seek to steal their hard earned savings," Clark said in a press release.

"The department is grateful for the cooperation of foreign law enforcement, including India’s Central Bureau of Investigation, in investigating, disrupting, and prosecuting technical-support fraud schemes and other schemes originating abroad and directed at the American public," he added. These fraud schemes are shockingly pervasive, ensnaring millions of vulnerable people into financial ruin. So, if you suspect any illegal scheme targeting someone of the age 60 or above, you can report your findings to the National Elder Fraud Hotline at 1-833-372-8311.