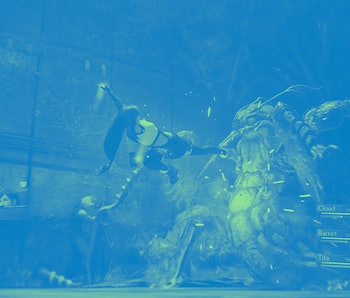 Government meetings aren’t exactly the most spectacular of functions. Typically they’re boring enough that officials end up scrolling on their phones more often than not. So a Zoombomber with a penchant for video game pornography isn’t really the worst thing that could happen. Disruptive? Very much so. But entertaining at least.

The Senate, as you might expect, did not react all that well to the sudden burst of pornographic content. The senator organizing the event, one Maria Laura Mantovani, even reported it to the police, according to Italian-language site ANSA. And the clips have been wiped from the senate’s video records. Some people just can’t appreciate art, even when it stares them right in the face.

We’re doing it live — It’s unclear why the Zoombomber carried out this porn-laden prank; it might just be for, well, the sake of the prank. This theory is supported by the fact that the clips apparently played just before Parisi was ready to start speaking.

Maybe the real lesson here is to be ready for anything when you’re broadcasting live on Zoom. Remember Jeffrey Toobin’s pantslessness incident during Pandemic Season One?