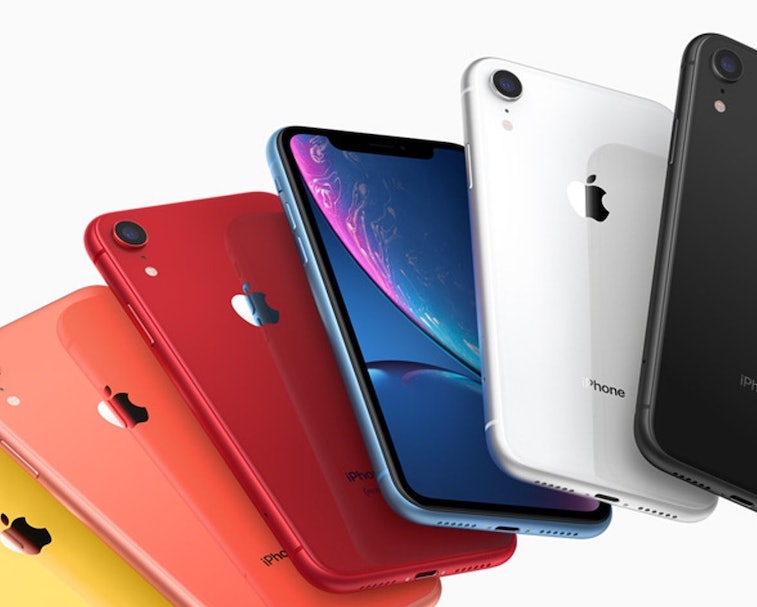 Ah, the most wonderful time of the year has come around once again: new iPhone season. But it isn’t the iPhone 12 lineup we’re excited about — it’s the deals that pop up because of the new phone’s imminent release. (Okay, to be fair we are also very excited about the iPhone 12.)

Right on time, Woot.com is offering a series of mind-boggling deals today on a variety of certified refurbished iPhones and Apple Watches. If you, like me, are still a couple of generations behind on Apple’s flagship products, there’s never been a better time to upgrade.

For example, you can grab a fully unlocked iPhone XR with 64GB of storage — in any color you’d like — for just $369.99. That’s a full $130 less than you’d pay to buy a new one from Apple or your favorite carrier. It’s even more of a steal when you consider that just two years ago the iPhone XR debuted on the market at double that price. Woot is even selling the XR’s 256GB flavor, which Apple discontinued last year.

If you don't need the latest and greatest, the iPhone XR is still a killer phone. Just update it to iOS 14!

Long love letters could be written about the iPhone XR, but we’ll spare you the poetics in favor of a quick reminder that it changed 2018 for the better. That iconic line of colors and much lower price point compared to its contemporary, the iPhone XS, set it up to be an instant best-seller. It’s done well enough that Apple still makes it today, while the XS and the 11 Pro lines have both been discontinued.

If you’re really working on a budget, Woot is also offering refurbished iPhones all the way back to the iPhone 6S, which will run you just $99 for the base model. You can also buy an iPhone 7 for $140 or an iPhone 8 for just $220. These would also make perfect backup phones to keep alongside your pristine iPhone 12.

All caught up on your iPhone purchases for the year? Woot’s also offering the Apple Watch Series 3 for just $170 or the Series 4 for $250.

This is the lowest price we've ever seen on these phones, especially the XR. The deals only last until the end of the day, though, so you'll need to act fast.