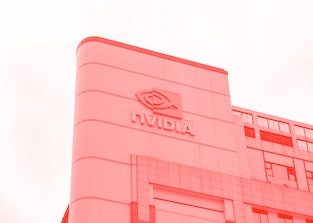 How much Nvidia was set to pay for Arm Limited.

Graphics card superstar Nvidia announced last year its intentions to buy semiconductor company Arm Limited for $40 billion — a price tag fit for the industry-shaking deal. But now the deal is likely to fall apart. The Federal Trade Commission (FTC) has sued to block the acquisition, citing the anticompetitive edge the combined companies would have in the computing market.

The complaint alleges that Nvidia and Arm together would “have the means and incentive to stifle innovative next-generation technologies, including those used to run datacenters and driver-assistance systems in cars.”

The FTC’s lawsuit worries about more than just monopolization, though. The regulatory group says the acquisition would provide Nvidia access to sensitive information about Arm’s customers, some of whom are direct rivals of Nvidia. This, the FTC says, could stop Arm from pursuing innovation for other companies that would hurt Nvidia’s business.

Nvidia’s acquisition also faces probes from other regulatory groups like the UK’s Competition and Markets Authority and the European Commission. But the company isn’t ready to throw in the towel yet.

Not giving up yet — Nvidia has been cornered from every possible angle here. As if the FTC’s block weren’t enough, the EU and the UK have also both been hot on the acquisition’s tail. Both of these regulatory committees have raised similar concerns to the FTC’s, especially re: that sensitive information.

Nvidia has done everything possible to assure regulators it will maintain Arm’s current licensing model, which allows just about any tech company to strike up a deal. CEO Jensen Huang even attempted to get ahead of this concern by writing a letter to Financial Times last year. “We have no intention to ‘throttle’ or ‘deny’ Arm’s supply to any customer,” he wrote.

Good luck with that — The company’s attempts at placation have not been successful. As if watchdog lawsuits weren’t enough heat, many of the world’s top tech companies, including Google, Microsoft, and Qualcomm, have explicitly protested the deal. Their urging puts something of a rare twist on this antitrust case; tech companies don’t often voice concerns on such matters so loudly.

Nvidia doesn’t seem very surprised by the FTC’s announcement. The company told The Verge that it will “continue to work to demonstrate that this transaction will benefit the industry and promote competition.

The FTC’s administrative trial won’t start until August 2022, so it will be a while before Nvidia learns one way or another if the acquisition is dead on arrival. Given the commission’s ongoing, extensive tirade against Big Tech acquisitions, the odds of the deal actually going through seem slim.