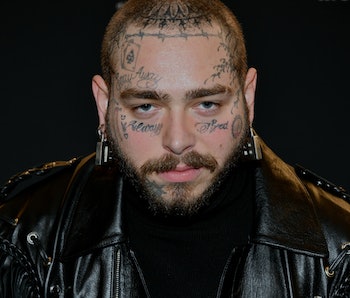 If you've ever daydreamed about playing beer pong against the one and only, Post Malone, the Celebrity World Pong League NFT has an offer for you through the social money platform Fyooz. According to CoinDesk, Malone's manager Dre London is working with Fyooz to make it happen.

What is NFT? — An NFT is otherwise known as a non-fungible token in the world of cryptographic trading. This particular term denotes something unique like actual, tangible, physical assets with coveted status. Think items like games or high-value collectibles that people want and are willing to trade for. Digital art (or even tweets) can fall into NFT domain. Event tickets even get considered. And those who delve into NFTs seem to love it. Consider this case reported by Consensys in 2019 in which a digital content creator managed to make $600 in three hours in the world of NFTs.

Most critically, the people trading need to have "proof of taste" to make a persuasive case for their digital collectibles or they risk being left behind. It's mercurial and fast-paced, which makes it exciting for many. Throw in beer pong and Post Malone, and you have a recipe for some chaotic fun.

How do I get in? — If you want to be part of the offer, you need to have FYZNFT token through Fyooz. Fyooz expects to bring on other celebrity names like Lil Yachty and King Bach. Fyooz's tokens are based on the Ethereum blockchain and can be accessed on Uniswap.

We'll see more of this — NFT is big right now, especially among the entertainment class. Celebrities like Lindsay Lohan have talked about digital collectibles and donating the received money to charity while the famous Winklevoss brothers of yesteryear Facebook drama are also supporting the ventures. For Fyooz, bringing Malone into the mix is one of the best ways to push the crypto phenomenon right into the public's face.