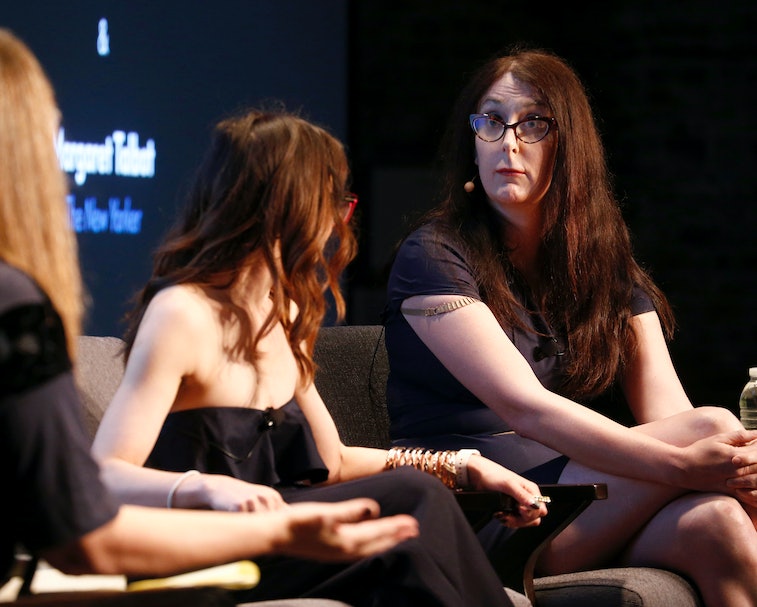 Video game journalist, developer, and computer programmer, Brianna Wu, is co-developing a new series based in part on her experiences being targeted by the toxic online movement known as Gamergate. Working alongside Mind Riot Entertainment, Deadline reports in an exclusive that the series “will explore the origins of the widespread intimidation campaign from the perspective of multiple, fictional people in the game industry—from executives to journalists and indie developers.”

Originating in 2014, the Gamergate debacle is largely considered one of the biggest influences for today’s spread of misinformation, unhinged online conspiracy movements, and right-wing reactionary trends. It started within cesspools like 4chan under the ridiculous pretense of fighting back against encroaching PC culture within the video game industry, and Gamergate supporters quickly devolved their campaign into all-out harassment on a number of female video gaming journalists and developers, including Wu, in hopes of intimidating them into silence.

Video games, it should be noted, are queerer than ever now.

Setting itself apart from other accounts — Unlike past reports and histories of Gamergate, Wu’s show allegedly will center on fictional stories inspired by real world events. “We’re not going to retread the same story told in thousands of news stories from outlets such as the New York Times and Washington Post... Our series will focus on new, fictional people within the industry reacting to a horrific situation,” Wu told Deadline, adding that, “[b]y explaining how they were unable to stop the video game industry from being hijacked by the lunatic fringe.”

Charting a direct path into the abyss — It’s easy to follow the direct evolution of Gamergate towards all manner of internet awfulness, from QAnon death cultist ramblings to anti-vaxxer sentiments to the deadly January 6 insurrectionist attempt on Capitol Hill. Some of the most effective methods of weaponizing memes got their start within the Gamergate movement, along with doxxing tactics and harassment strategies. Wu, for example, was at one point forced to leave her Boston residence with her husband following countless death threats.

It will be interesting to see how Gamergate will set itself apart from past histories of the infamous movement, especially when fictionalized characters are introduced into the setting. While there’s no word on the timeline for its production or release, we’ll keep an eye out for updates.