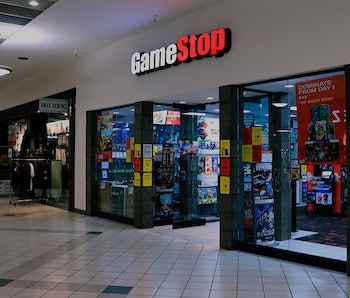 Remember the GameStop stock fiasco? It may have been a lifetime ago, as far as internet trends go, but the effects of GameStonks are still very much around. The London-based hedge fund that bet against GameStop during that meme stock rally is now closing entirely. For some r/WallStreetBets enthusiasts, that amounts to a significant win.

White Square Capital, one of the hedge fund groups that bet against GameStop back in January, is shutting its main fund and returning capital this month, the Financial Times reports. The company sent out a letter to investors this week with the news.

The company told investors in that letter that it had completed a full review of its business model and decided to cut its losses and get out. The hedge fund, which at its peak managed about $440 million in assets, reportedly suffered “double-digit percent losses” back in January.

The decision to shut down wasn’t related to the meme stocks, though — or at least that’s what White Square is telling investors. Given the losses suffered by White Square and other, similar funds in the fallout of the WallStreetBets rally, we’d wager GameStop is at least part of the reason White Square is closing its doors.

Mhmm, sure, Jan — White Square’s official stance on the shut-down is pretty flimsy. Florian Kronawitter, the company’s head, says it’s related to “thinking the equity long-short model is challenged.” He added that he believes there are “way too many fish in the pond with the same strategy of long-short,” which leads to an “oversupply of capital.”

Okay, sure. This is probably true, because there are way too many hedge fund groups in the world. No matter White Square’s official stance, the facts are clear: The fund lost millions upon millions because of the meme stock rally and now it’s shutting down. We’ll leave the minutia up to those with finance backgrounds.

Nowhere near done — WallStreetBets may have calmed down somewhat since January, but the fallout of the meme stock craze is far from over. Federal agencies, including the Department of Justice, have open investigations into the entire ordeal.

GameStop is the only clear winner here — the company’s stock is still flying high (though not quite as high as in January). The many, many production companies sorting through the chaos to make feature films of the rally will certainly profit, too.

The losers of the meme economy — if we can indulge for a moment and call them “losers” — are the traditional, stalwart financial companies that have long profited off shady trading. Melvin Capital, one of the U.S.’s largest hedge funds, reportedly lost more than 50 percent of its assets in January.