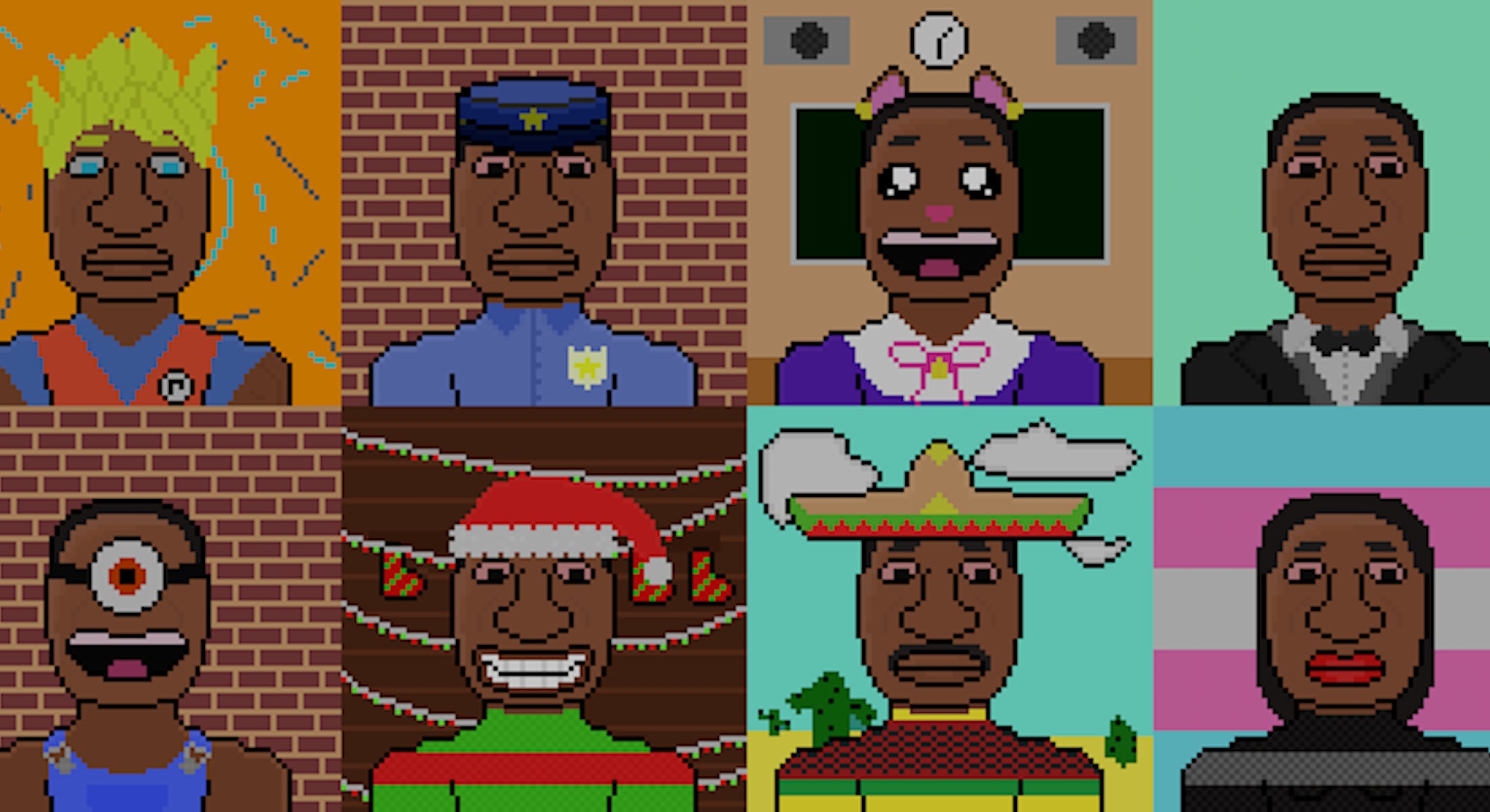 First there were Jungle Freaks. Then there were the Little Baby Apes. NFTs’ history with race has been… mixed, to say the least. But with both those projects, there was at least some level of plausible deniability about the troublesome imagery.

That is not the case with Floydies, an offensive NFT project that co-opts the image of George Floyd and was launched on the OpenSea platform December 7.

Floyd was murdered by police officer Derek Chauvin on May 25, 2020 in Minneapolis, Minn. after a store clerk suspected Floyd used a counterfeit $20 bill for a purchase. The killing of the 46-year-old father spurred widely covered Black Lives Matter protests on the streets of the U.S. In June 2021, Chauvin was sentenced to 22 and a half years in prison for the murder.

Half the collection of 22 items — crudely drawn pixel art that caricatures Floyd, giving him bloodshot eyes — have sold to date, making their creator or creators just short of $5,000. Among the more egregious representations of Floyd are images of him wearing a police uniform and him standing at the gates of heaven, a pixel halo hovering over his head.

The current top bid on the uniform-wearing Floydie is around $800, suggesting a buyer or buyers recognize the “joke.” (Others in the collection are going for less.)

“Floydies are a unique and progressive way to celebrate the monumental life of George Floyd,” the project’s creator or creators say on its OpenSea page. “George Floyd was a victim of racism and has since become an inspiration to the BLM movement, as well as to those who stand for equality. Owning a Floydie is a great way to express yourself and your beliefs!”

The idea isn’t subtle. The NFTs — launched a week before Floyd’s murder was back in the headlines thanks to Chauvin’s reversal of a not-guilty plea on a charge of violating Floyd’s civil rights — seem designed to outrage people. Which they have.

“Most of the crypto space, and NFT by consequence, is an absolute garbage fire right now,” says Marcello Lins, a software engineer at Square who railed against Floydies on social media. “In an age where smart contracts exist, part of the proceeds from these sales could be going to Black Lives Matter non-profits or the family of the victim. Neither is present here, unsurprisingly. This project was never meant to help anyone but its own creators, despite it claiming to be just the opposite.”

The George Floyd Memorial Foundation, a Tallahassee non-profit set up to challenge the root causes of racial inequality in the U.S., did not respond to requests for comment for this story. (There is no indication of an official connection between the Floydies project and the foundation.)

Apparently capitalizing on the controversy, the creator or creators on December 15 launched a “special edition Floydie,” Floyd crossed with the Chungus meme.

Input did not hear back from the individual or individuals behind the project until after the story went to press. “To the people who think I’m super-racist, I would say I’m just an opportunist,” they say via Twitter DM, while declining to get into more specifics.

“I think the Floydies are par for the course,” says Atlanta-based photographer Stunt McCartney, who also shared his exasperation with the collection on social media. “To me they’re just boring, half-assed, and purposely inflammatory.” It hasn’t escaped the notice of McCartney, a Black man, that the majority of people with NFT profile pictures depicting Black people aren’t themselves Black.

McCartney first came across the collection when a friend in a group chat sent a link to the original tweet launching the project. The collective reaction to its existence in the chat was anguish, he says, but his was different.

“I laughed at how absurd it was at first,” he says. “But like an internal laugh in my mind. My face stayed pretty much expressionless. It’s not something earth-ending, it’s just like looking at someone trip over a curb or something. You go ‘Really?’ and then forget about it immediately after.” He described the project as “shitheaddery.”

Projects like this one are inevitable, believes Hussein Kesvani, a former reporter who covered many of the odd subcultures around the world of 4chan before studying digital anthropology at University College London. “Part of it is because particular communities online have their obsessions, and obviously the crypto space is something much of the online right have embraced,” he says.

“Crypto is also interesting because like everything, it has been submerged into a culture war,” he continues, “and I think a lot of the crypto right are invested in it because they know how much leftists are hostile toward it. So doing this is in part, a ‘trigger the libs’ situation, but it’s also an attempt by the right to show they have control over culture.”

There’s also the pragmatism of making money. “These days people are pretty much doing NFTs for anything they can think of,” says Savvas Zannettou, who studies weaponized memes and information warfare at the Max Planck Institute for Informatics. “They do not consider how offensive the content is or how it can affect other people. Of course, in this case it seems deliberate, therefore the creators are likely trolling and they are toxic, aiming to offend people.”

Zannettou suspects the scheme is likely to have been organized to offend by dedicated cryptocurrency communities on Reddit or Telegram — “or it might come from fringe web communities that do not really care about cryptocurrency and they just want to do this ‘4fun,’” he says.

While terrible people exist and try to push boundaries in every sphere, the project’s continued existence on OpenSea does raise questions about the levels of oversight in the future of the decentralized internet. Web3 — of which NFTs are a foundational cornerstone — has been heralded as a way to escape the tyranny of major platforms and a democratizing chance for free expression. (OpenSea did not respond to a request for comment.)

“I find this project extremely offensive, organized by someone trying to flip controversy into profit.”

But to date, NFT projects have been riddled with racism issues, and as shown by Floydies, can be easily gamed by those looking to do little more than offend and cash in. “I find this project extremely offensive, and a clear cash grab, organized by someone trying to flip controversy into profit,” says Lins. “I can only hope people see through it, so we can all put this behind us, and start having more productive conversations about what NFTs can really be used for.”

As for McCartney, he’s more sanguine about the project. “Just like any lucrative industry, there will always be three good contributors, and a bus load of hacks arriving three days too late who are loud, annoying, and gassy. They show up to shit upriver and ruin the fun for everyone else,” he says. “Life goes on.”

Referring to NFTs’ environmental impact, he adds, “I just wish they would pick an industry that doesn't rely on the active destruction of the only planet we live on.”

12/17/21: The story has been updated with a comment from the project’s creator.