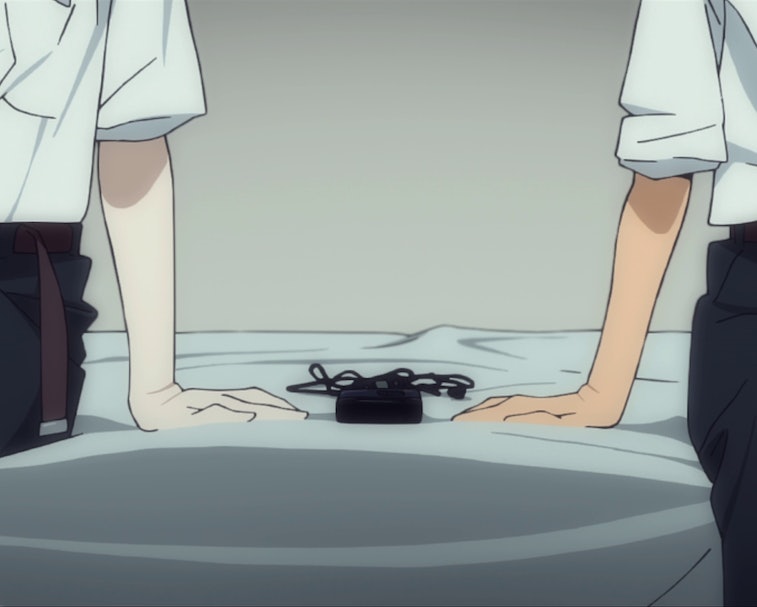 Ever feel like you're being subjected to an ongoing psychic assault by giant alien "angels" and, simultaneously, your father? Listen, we've all been there. Are you looking for a story about a boy who is a hot mess, a total coward, and inexplicably the only 14-year-old who can pilot a giant mech? Well, have I got the Blu-ray for you.

We're talking about Evangelion, the 1990s anime that's everyone's been buzzing about since the original series hit Netflix last year. In addition to the original 26 episode series (and two batshit insane OVAs), there is a modern movie adaptation (affectionately dubbed the "rebuilds") that's highly controversial among the fandom. There are some galaxy brain critics out there who argue that these movie adaptations focus too much on the action, and to a certain extent they're not wrong; these have some of the highest budget big robot fight scenes ever to hit the silver screen.

But on the other hand, these movies explore Shinji (the main character who cries... constantly) and Kaworu's relationship far more than the original series ever did. These are the anime boyfriends many of us waited more than a decade to see. Is it fan service? Absolutely. Are we here for it? Absolutely.

That brings us to today's Good Finds: Evangelion: 2.22 You Can (Not) Advance and Evangelion 3.33: You Can (Not) Redo for $13.27 and $18.49, respectively, which is an absolute steal considering these movies aren't available on streaming services. Unfortunately, the first Blu-ray, Evangelion: 1.11 You Are (Not) Alone, which recaps the events of the original series beautifully, is not on sale. But listen, fans have been waiting for the fourth and final installment of the rebuilds for over seven years, so you can probably wait around for a sale.

A lot of laser beams in this one.

This one is the gay one.