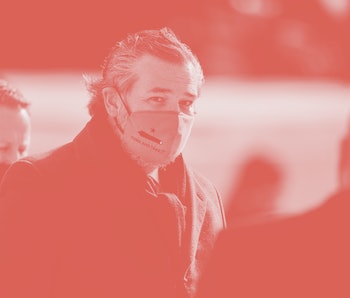 Google is taking a stand against lawmakers who backed Donald Trump’s biggest lie. The company will no longer make donations to members of Congress who voted against certifying the results of last year’s presidential elections, Google spokespeople told various news outlets yesterday.

“After the disturbing events at the Capitol, NetPAC paused all contributions while undertaking a review,” one spokesperson told Business Insider. “Following this review, the NetPAC board has decided that it will not be making any contributions this cycle to any member of Congress who voted against certification of the election results.”

Google isn’t the only Big Tech company that’s made this move — Microsoft and Amazon have also begun internal review processes to consider pulling donations from the same lawmakers, and both have paused donations while discussions continue. Facebook, meanwhile, has halted all political donations for the first quarter of 2021.

Relatively small, but significant — NetPAC is the political action committee (PAC) that’s been run by Google since 2006. Google’s NetPAC is unable to donate to federal campaigns, but individual state campaigns are fair game. All contributions from the NetPAC are overseen by Google’s director of state public policy and Google’s Ethics & Compliance team, according to the company’s website.

Google isn’t exactly the largest political donator in the United States, but the company as a whole has made some significant contributions in the last few years. As a whole, Google’s NetPAC disbursed a little over $1.8 million in contributions between January and November 2020, according to FEC filings.

Most notably, Google’s NetPAC donated to Republican Senator Ted Cruz’s mid-term campaign in 2017. Cruz has been extremely outspoken in the wake of the 2020 presidential election, defending Trump’s fantasies tooth and nail, even after other Trump supporters jumped off the train. After the January 6 storming of the Capitol, Cruz still voted alongside a few other Republicans — like Sen. Josh Hawley of Missouri — to decertify the electoral college votes.

Sending a message — Google’s decision to halt donations to these lawmakers won’t make or break their campaigns, but it’s a move that does send a strong message. It’s difficult to ignore the sway of Big Tech, especially after the year we’ve had.

Big Tech is more entangled in politics than ever before, largely because of Donald Trump’s extended war against what he perceives as “censorship.” That battle cry has been taken up by many other politicians. Now, they’re looking to dull the protections offered by Section 230 of the Communications Decency Act, too.

Cutting off donations to insurrectionists is the right move. It’s not going to make Republican lawmakers — many of whom are already in full-on vendetta mode — feel any kinder towards the tech industry as a whole, though.