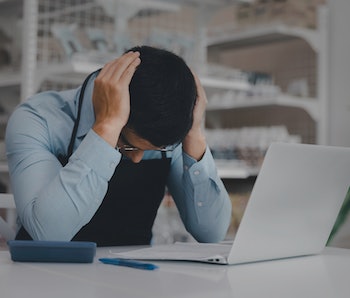 Google, desperate to whip up opposition to growing, widely supported antitrust pressure, is now using its in-house data mines to target small businesses for propaganda purposes. Ars Technica reports that a number of individuals with company listings registered on Google Maps have received unsolicited, fear-mongering emails alongside an alert within their Google Business UI linking to a new, official blog post spelling out doom and gloom for them if Congress passes antimonopoly legislation.

Google cites unspecified business owners having “expressed concerns about proposed regulations in Congress that would have unintended consequences for your business and could disrupt many of the digital tools you rely on every day.” These supposed effects reportedly could include the removal of businesses from Google Search and Maps, decreased digital marketing efficacy, and perhaps most oddly, the splitting up of Gmail, Docs, and Calendar, meaning they would “no longer work together seamlessly.” This, of course, is all horseshit.

Misleading propaganda — As Ars Technica explains (a tad more politely), “Google doesn't address why Google Maps and rich results would be so closely tied together and why it couldn't just show rich search results from a different local info provider, like whoever the top result is.” The decision of how and who the company uses to populate search results seems arbitrary in this sense. Google could easily design a way for small businesses to get the attention they need in light of potential antitrust legislation via replacing Maps with a third-party map system... but, of course, it doesn’t want to do that, because it would mean Google doesn’t control every single level of digital production.

Signing up for more incitement — On Google’s blog post, the company encourages users to “sign up to stay informed” on the unfolding situation... meaning putting oneself on a mailing list for future factually spurious scare tactics. Take our word for it, small business owners — you really don’t need to put yourself through that. Google is making it seem like its way is the only way to successfully promote your company online, when that is patently false. The Big Tech monolith can essentially provide the exact same services, albeit relying on a few additional third-party partnerships.