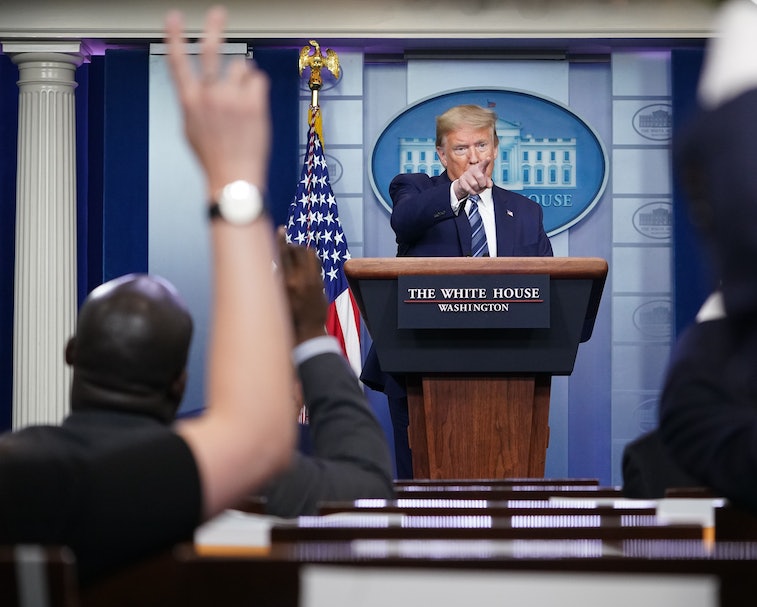 Google’s long-awaited Question Hub is now being tested in the U.S. to monitor gaps in coronavirus-related knowledge, according to Search Engine Land. The feature allows users to submit questions that they can’t find answers to by Googling them.

The ability to manually submit questions has been spotted on and off for the past few years, and the beta Question Hub launched on Google India last summer.

Google collects the user-submitted questions and submits them to publishers so they can better understand what content the internet wants to know more about. Publishers can review unanswered questions by linking a Google Search Console account.

The expansion of Google’s Question Hub would present a unique evolution in the company’s search engine model: one that places crowdsourced feedback at the forefront of knowledge-collection. It could make the platform even more helpful as it moves into the future.

Confirmed by Google — It seems the public-facing testing of Google’s Question Hub has only just begun. Search Engine Land was first tipped off to the test by Twitter user @DanLeibson, who was served the Question Hub prompt after Googling a niche question.

A spokesperson from Google has since confirmed that the feature is now being tested in the U.S. Google hopes to utilize the Question Hub to identify gaps in content related to COVID-19.

This could be a game-changer — The swift, unprecedented spread of the novel coronavirus across the world has shown that the internet can provide unparalleled assistance in quickly understanding the changing world. But it’s also proven the internet’s shortcomings: misinformation abounds, and even factual information can be difficult to locate.

The variables associated with COVID-19 are seemingly infinite. How the virus interacts with any number of medical predispositions is something we’re discovering as we go. And sometimes the media and the internet writ large don’t know which questions still need answers.

Write those questions down for later — It could be a while before the general population of Google users is able to submit their niche queries through the Question Hub, and it will also take a while for publishers to grow used to exploring the platform for pertinent questions. We likely won’t see the fruits of the project for a long time — it’s more of a future-forward initiative than assistance for the present.

It’s genuinely refreshing to see Google putting some more power into users’ hands. If used well, the Question Hub could allow users to better the state of the internet just by asking questions.

And that could prove very useful indeed, given the breakneck speed of internet growth.