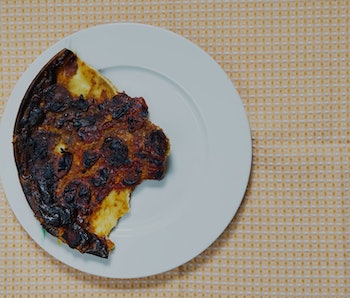 Goddamn you, Google. Not for the anti-regulatory propaganda, or the disingenuous climate change awareness, or the decision to abandon the Pixelbook (well, actually yes, but that’s not the point right now).

The Doodle in question includes a seemingly innocuous pizza cutting game, in which you are supposed to divvy up pies based on the number of requested slices and toppings. Do not be lulled into a false sense of security, though. We are currently stuck on Level 8 of 11 after half an hour of trial and error. So great job, Google. You managed to somehow ruin pizza for everyone. Can’t wait to see you make us all despise kittens next.

They’ve done better — Lest you think we are Google Doodle haters through and through, we can admit that most of them are actually pretty fun and informative. There have even been a few that were pretty touching and helpful, like the one in memoriam for the late Swedish DJ powerhouse Avicii earlier this year which also raised awareness for Suicide Prevention Week. More like that, Google, and less like this pizza slicing hell game we will never beat.