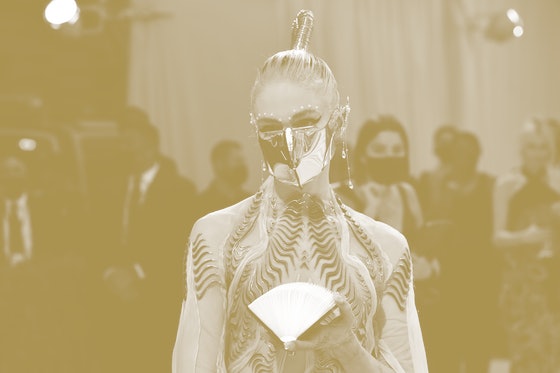 Hacker extraordinaire Grimes is writing her first book for publication, and it’s going to live on the blockchain. Grimes describes the project as an “intergalactic children’s metaverse book,” as if any of those words make sense together.

The artist announced her book this week in a virtual appearance at the Avalanche Summit, a Web3-focused conference in Barcelona. The as-of-yet-untitled children’s book is part of the Avalanche Foundation’s $100 million “Culture Catalyst” initiative, which hopes to launch new cultural projects on the blockchain. Culture Catalyst is being launched via OP3N, a Web3 community platform.

Though we still have very little idea what, exactly, this children’s book will entail, we do know that it won’t be Grimes’s last foray into the metaverse. This is just the first entry in “a series of educational art for babies and small children,” Grimes said at the conference. She hopes the series will create “a profound experience for babies that is also deeply meaningful for adults,” which doesn’t really shed much light on what we can expect from this collaboration.

Sorry, what now? — What do you mean you don’t understand what an intergalactic children’s metaverse book even is? The idea is pretty self-explanatory, as far as we’re concerned. It’s a picture book you gain access to by purchasing an NFT, and it takes place in space, or perhaps on an alien planet. Something like that, right?

Grimes isn’t a total crypto newbie — and not just because of her years of experience with Elon Musk. About a year ago, the artist teamed up with Nifty Gateway to drop an NFT collection centered around her “Warnymph” creation. She says she hasn’t launched any blockchain projects since due to environmental concerns, but that she feels “totally comfortable” now that she’s using Avalanche. (Avalanche claims to be “eco-friendly,” though the details on how that’s possible are not readily available online.)

The catch-all buzzword — We’ll have to wait for more details before we can really pass judgment on this project. What’s making it most confusing right now is Grimes’s use of the word “metaverse” in her announcement — the phrase “metaverse book” is just too abstract to stand on its own.

As the concept of the metaverse has gone mainstream, its use has become increasingly confused. In most instances, it’s being used to refer to virtual worlds of all sorts, especially those being created by Meta. But the term is also being applied to NFTs and, more largely, Web3 technology.

No matter what Grimes means here, we’re almost certain this children’s book won’t be very accessible. How many parents want to spend hours figuring out the blockchain just to read a story to their children?