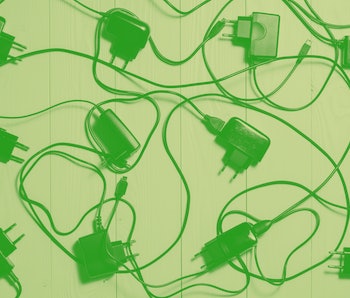 The e-commerce spin-off from Groupon Inc., which sold all manner of random items, is getting the axe after failing to hold consumer interest, Bloomberg reports. Profits have fallen for four consecutive quarters as Groupon Goods failed to establish itself as a viable alternative to Amazon. Still, the death will be slow, as Groupon announced the program will be phased out over the course of the year.

The obituary — Groupon CEO Rich Williams was blunt in his assessment. "Goods has outlived its role as a business driver," he said, "and has become a significant drag on our business."

That drag still continues. Upon announcing the move, as well as earnings falling well short of expectations, stocks plummeted 38 percent to an all-time low. Earnings fell to just 7 cents a share in the last quarter. At its lowest, Groupon stock hit $1.90 today.

Now what? — Groupon will still seek to diversify and be known as more than a place for discounts. Williams says the brand will focus on a relaunch and new marketing strategy as it shifts toward becoming a marketplace for local "experiences." That would mean Groupon "being top of mind when our customers are looking for the best things to do around them, when they need something to do with their kids on the weekend or for when they’re planning date night."

It sounds an awful lot like a mix between Time Out New York and Google Maps, which I'm not sure we need. But hey, good luck.