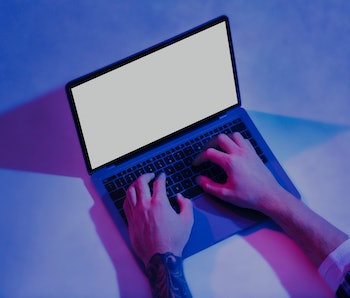 A New York Times report sheds light on Instagram's increased efforts to tackle hackers who steal usernames and then proceed to sell and trade them right under the Facebook-owned network's noses. The company has been working to spot these hackers and slap them with warnings and bans. It's a fascinating glimpse inside the social network that has become a bizarre black market for financially struggling social media users.

Single-word usernames carry impressive status on Instagram, Twitter, TikTok, and the like. Think examples like @killer and @hottie, or people's first or last names. These names often point to early adopters of a social platform. In the New York Times report, one such person was Ajay Pondicherry, a real estate software entrepreneur based in Los Angeles.

For years, Ajay simply went by @ajay on Instagram, indicating that he was one of the first few people to try Instagram out. Pondicherry was, of course, asked multiple times to give his username over. He was offered money in some cases. Each time he received an offer, Pondicherry said no. But then hackers decided to take their offer a different and more menacing direction: hack Pondicherry, from his phone to his Instagram account. Per the report, Pondicherry was the victim of a SIM swap which allows hackers to grab your personal information and use it to access practically all personal accounts.

It's a bazaar of usernames where cybercriminals take these coveted @s and sell them as O.G. usernames while growing their own pages. Meme pages, in particular, are hotspots for such activity. For Instagram, it's a broad campaign of inauthentic behavior, manipulation, and scam plus spam.

Time for introspection — As Instagram cracks down on these hackers, some cybersecurity analysts insist that taking these people to task isn't the only solution. The problem should be viewed as the natural product of economic woes brought on by the pandemic, according to Rachel Tobac who is the chief executive of Social Proof Security. Many of these hackers are young people experiencing financial misery under COVID-19.

"I want to stress that this is a societal challenge that these minors are falling into cybercrime like this," Tobac told the New York Times. "We’ll always have criminals, but we’re going to see people, especially minors, turn to cybercrime when there is a lack of a support system or specific economic downturn affecting them." If Instagram really wants to solve the problem, it needs to seriously reassess its business model and consider compensating the people who make Instagram possible: content creators. Until then, expect more crime.