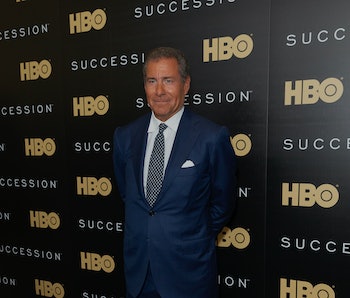 Could Apple TV+ be the next HBO? The question might seem far-fetched given the service’s middling first wave of reviews — but it could be a reality now that Apple has hired Richard Plepler, a long-time HBO executive, to produce original film, TV, and documentaries for Apple TV+. Plepler’s contract spans five years.

Richard who now? — Whether or not you recognize his name, you’ll recognize Plepler’s impact. In his 27 years at HBO, the network won 160 Emmys and released incredible amounts of original content. He helped HBO’s profits rise to more than $2 billion in 2017, an all-time high for the network. And he helmed the company during the launch of HBO Now, a standalone app that now has more than 5 million paying subscribers.

A new home for Plepler’s creativity — Plepler left HBO last year after its acquisition by WarnerMedia, a purchase that brought immense change to the company. At the time, he cited HBO’s changing priorities as one of the main reasons for his departure. It’s possible that Apple TV+, a service that’s right now entirely populated by original content, will be a perfect match for Plepler’s penchant for original prestige content.

This could be the first of many acquisitions — Apple TV+ still has a very minimal lineup compared to services like Netflix, Hulu, and Disney+, but it seems Apple is looking to change that. The company has also been in talks with big players like MGM and the Pac-12 conference, though Apple hasn’t made any official mention of these. Despite its slow start, Apple TV+ seems poised to release a lot more content in 2020.