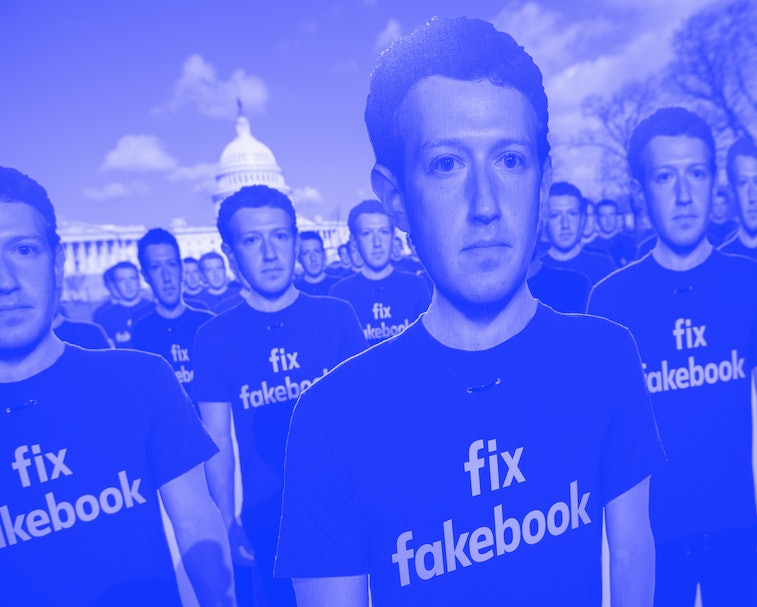 A new activist Twitter account is pushing major advertisers including Starbucks and IKEA to stop advertising on Facebook until it takes action against President Trump. The account @Detox_Facebook uploaded a video on Friday (below) featuring a supercut of recent police violence inter-spliced with Trump's Facebook post encouraging local officials to take aggressive action against people protesting the murder of George Floyd by a white police officer. The video calls for people to take to social media to encourage brands not to advertise on Facebook with the hashtag #WeDontBuyHate.

The video asks, "Do #BLACKLIVESMATTER to Zuckerberg?" followed by a clip of Facebook CEO Mark Zuckerberg telling Congress under oath that "if anyone, including politicians" is saying things that could incite violence, Facebook will take that content down. The video then displays Trump's recent "when the looting starts, the shooting starts" post threatening aggressive action against protesters, followed by more videos of police attacking people across the country. Finally, a list of major companies that advertise on Facebook is displayed, along with their Twitter handles. The list includes Google, Coca-Cola, Nike, Lego, Disney, Nestle, McDonald's, and Ford.

Facebook's indifference — Zuckerberg has been steadfast in his refusal to take action against any of Trump's posts despite intense pushback from both outsiders and Facebook's own employees, who staged a virtual walk-out earlier this week. Zuckerberg held a conference call with employees on Tuesday where he reaffirmed his stance that Trump's post can remain live and that he doesn't believe the "looting and shooting" comment was intended as a "dog whistle" to racists, even though experts — and, likely, anyone who's read the post — disagree.

Facebook's inaction stands in stark contrast with Twitter's. After the same comments were posted to Trump's official account there, Twitter hid the incendiary content behind a module, saying that its contents violated the company's community guidelines against glorifying violence. Because Twitter considers Trump an important figure and his comments of interest to the public, the tweet is still viewable, but users must click through the warning dialogue to see it.

The Detox_Facebook account is reminiscent of another activist Twitter account, @Slpng_Giants, which has successfully shamed brands into pulling advertising from noxious news organizations including Breitbart and Fox News.

Now may be the perfect time to strike — Social media is now flooded with discussions of the nationwide protests and the public is pushing brands to show solidarity. Companies are lining up to show support in a myriad of ways, with Lego pulling all marketing for kits feature police officers, and Rockstar Games pausing GTA V Online in honor of Floyd. People are scrutinizing brands right now, and that may be the perfect opening to pull from Facebook as its brand looks even more toxic in recent days. Companies have shown a willingness to pull away from YouTube in the past over racist and other unsavory content for fear of their brands becoming damaged by association.

The direct connection between Trump's comments and examples of aggressive police violence against protesters may prove a powerful one. Recent action has been unprecedented, with police attacking protesters across the country, often unprovoked. It's gotten so bad that the Australian Prime Minister called for an investigation after reporters from that country were punched in the face while they stood covering a protest.

Tensions are running extremely high and Facebook still refuses to do anything to stop the amplification of Trump's messages that are doubtless emboldening law enforcement to ratchet up the attacks. Zuckerberg is once again displaying an unwillingness to show leadership and recognize the influence his platform has on society. It's reminiscent of his denial in 2016 that misinformation could have swayed the presidential election.

Facebook has time again shown its moral compass is guided by its bottom line. Detox_Facebook hopes to hit it where it hurts.