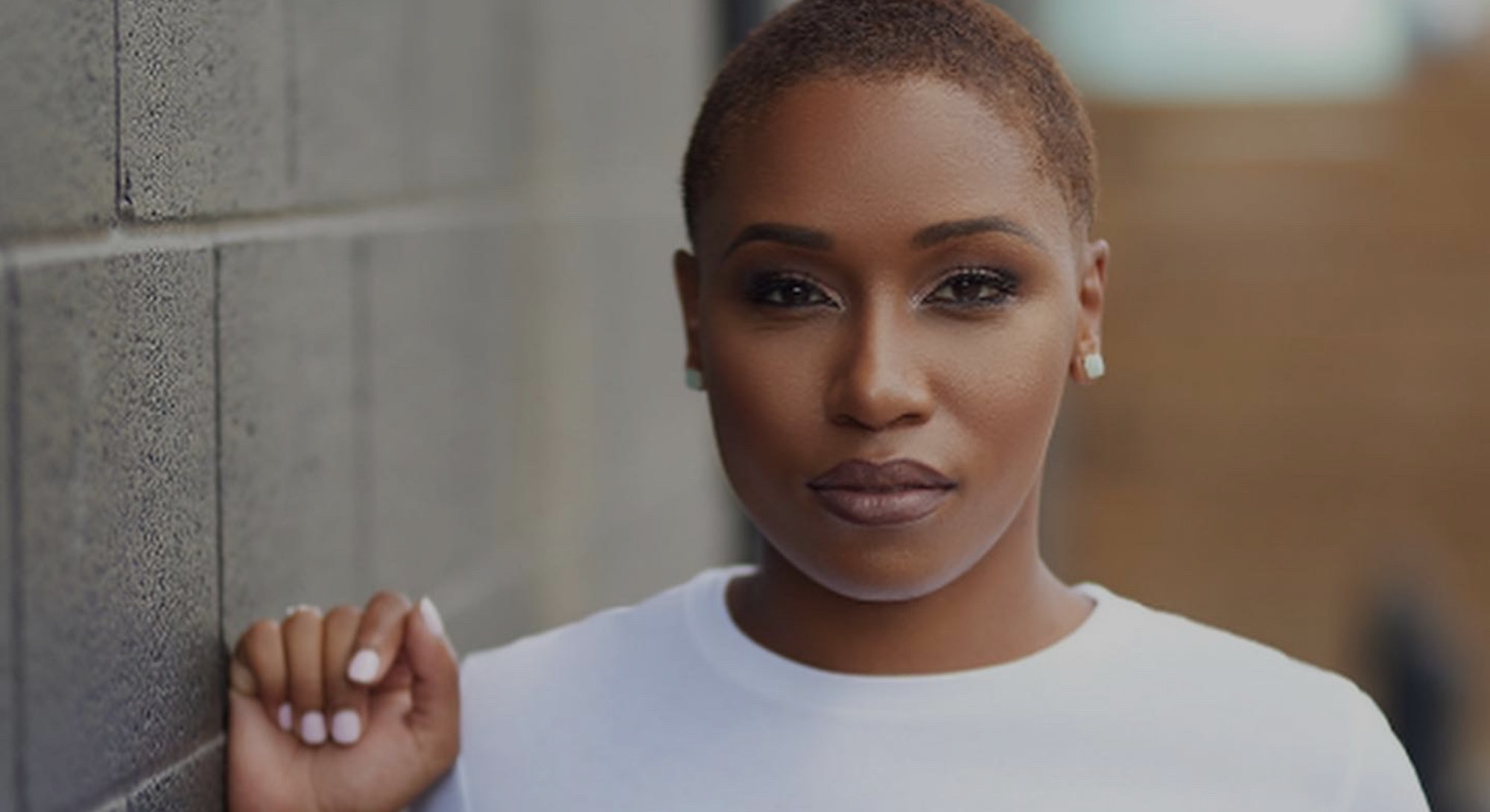 When Suz Elżbieta decided to become a social media influencer, she was in the bath, crying over the news she’d received that morning: She had herpes.

The creative director had just been through a divorce and received her herpes diagnosis in the midst of a new relationship. It’s a moment she remembers as one of the darkest of her life. But even then, in the midst of her anguish, she knew she wanted to share her story with others.

It took over a year for Elżbieta, now 36, get over the shock and untie herself from the post-divorce relationship. (She learned later that her new partner had been cheating on her, “but that’s a different story,” Elżbieta says.) After taking time to emotionally heal and rebuild her self-confidence, she began posting on TikTok in March 2021.

“Once I started to unravel the stigma and realized how much of my suffering was related to it, I had this growing desire to speak out,” says Elżbieta, who co-heads her own company in Toronto. “I knew it would be better to get it all out there, despite what I was potentially inviting in.”

Elżbieta’s videos, set to upbeat pop and hip-hop, are full of positivity — she advertises the “silver lining” of her diagnosis and urges herpes-positive followers to love themselves. Amid the good vibes, she’ll occasionally pepper in a clapback against ignorant trolls.

Elżbieta, who has more than 131,000 TikTok followers, is a top influencer on Herpes TikTok, a community determined to shed the stigma around the condition. Members post under hashtags like #herpes, #herpesawareness, and #hsv, which combined have received more than 750 million views.

It’s not easy for Herpes TikTokers — they have to fight misogyny, censorship, and misinformation on a daily basis. But they welcome the challenge. “I enjoy shaming and exposing the trolls and haters for their ignorance,” says Elżbieta. “That’s been kind of empowering.”

According to the Center for Disease Control and Prevention, genital herpes is an incurable condition that is carried by one in six Americans, although up to 87 percent of them are undiagnosed. Most people have no visible signs of the condition, which can cause genital blisters and sores for the symptomatic. The physical impact of herpes is easily managed through a combination of lifestyle changes and medication, but the psychological side is harder to deal with.

Despite the prevalence of herpes amongst sexually active adults, it’s still seen as a mark of shame. According to 28-year-old Christopher Pickering, a herpes influencer from Toronto with 98,200 TikTok followers, most of the hate is aimed at women. “When they hear about my diagnosis, people tell me I must have slept with a dirty girl,” Pickering says. “But if I was a woman, they’d say I’m a slut. I think that’s the biggest issue.”

Pickering found social media fame through the TikTok Lives he conducts in front of a digital background reading “I HAVE GENITAL HERPES: ASK ME ANYTHING!” He wants to use his online presence to spread the word about what herpes is and is not. “I hope I can inspire some other men to make pages and talk about it,” he says. “The more everyone talks about it, the less the stigma there will be.”

Elżbieta has experienced the gendered abuse Pickering brings up. “My videos hit a lot of guys who made comments to tell me I was disgusting or vile, or that they didn’t want to have sex with me,” she says. The influencer says that the core positive message of her videos offends many men. “It’s very misogynistic,” she says. “Even though it comes from a lack of education, it's still disturbing to see a flood of such ignorant, hateful comments.”

Sophia Smith Galer, a U.K. journalist, TikTok creator, and author of the forthcoming Losing It: Sex Education for the 21st Century, believes this outpouring of hate is inadvertently encouraged by TikTok. “If you create content about women's sexual freedom, there’s something going on algorithmically in which your video will find men who will leave nasty comments,” says Galer, who adds that even female commenters take part in this weaponized misogyny.

“I think TikTok knows users have previously engaged with similar content,” she adds, “and sends it their way. It doesn’t matter that the engagement has been hateful.”

Meanwhile, like many sex educators, herpes influencers often have their videos removed due to TikTok’s strict rules, despite the fact their content is not overly sexual. “I have to be very careful with the things that I post on TikTok,” says Shana Singleton, a 30-year-old herpes influencer from Florida with nearly 341,000 TikTok followers. “My stuff doesn't even get pushed out how it used to, and I’m constantly being banned.”

Singleton says she was removed from the TikTok Creator Fund, which lets TikTokers earn money from their videos, between March and September of this year. Singleton can sometimes be banned for days at a time, and thinks the system is unfair. “I don’t put out anything that’s provocative or selling sex,” she says, “but I’m being singled out.”

Elżbieta has faced the same issue. “I get videos taken down on a regular basis, and it's almost never warranted,” she says. She says that her rebuttals to hateful comments are taken down for bullying, and content where she’s fully clothed has been removed for being “sexual.”

These actions have threatened her brand partnerships. “When you have multiple videos taken down you start to get suspended,” she says. “I almost lost opportunities where I was supposed to do a sponsored post.”

Although female herpes influencers have plenty to say about censorship, Pickering has less experience with it. He’s been banned from conducting TikTok Lives, but says he receives far less policing than his female peers.

Smith Galer thinks all the censorship could be damaging. “There are loads of people who don't get good sex ed,” she says. “Social media is a really important vehicle for filling the gaps. There's a great cost if we can’t access these wonderful sex educators.”

On top of the hate and censorship, Herpes TikTok is plagued by a steady stream of bots offering herbal antidotes for herpes, even though there’s no known medical cure for the condition. Pickering has set up filters that successfully protect his videos from bots, but worries about the impact they could have on his community.

“It's on YouTube, Facebook, and Instagram — if you mention the word herpes anywhere, you’ll get all the spam,” he says. “It's unfortunate because there are many naive people out there who think there’s a cure conspiracy — that pharmaceutical companies are withholding a cure for profit — which isn’t true.”

Singleton thinks predatory bots exist because of the shame that herpes influencers try to combat. “People are so desperate for a cure,” she says. “They don't want to explore the mental part of things, to figure out why herpes stops them from loving themselves. They’re searching for the quickest, easiest way to deal with the stigma, and in their mind, it’s a cure.”

Pickering thinks the real problem is the potential harm fake cures could have on someone’s sexual partners. “If you were to tell someone you’re cured, and then you give it to them, that directly impacts them,” he says. “I'd rather live my entire life saying I’m not cured than give the condition to someone else.”

“I’m giving them faith,” she says. “They don't have to rely on Caucasian influencers. They finally have a woman that looks like them.”

Elżbieta hopes that, eventually, herpes TikTok won’t be a big deal at all. “It's really not an invasive ailment,” she says. “The majority of people who have it will tell you the stigma is the worst part.” She wants to keep creating content and taking on trolls in a bid to banish the embarrassment for good.

“Being a public figure about herpes can be mentally and emotionally taxing,” she says. “But there's nothing more rewarding than seeing people regain their confidence and self-love through it.”