“No, they didn’t hack anything, they weren’t paid by the Democrats or Hillary campaign, they didn’t violate any law, or access any other than data than they legitimately had access to.” 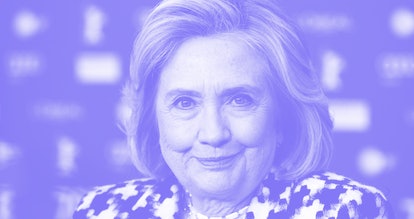 Rightwing media and MAGA cultists are livid again about Hillary Clinton operatives reportedly hacking Trump campaign communications in the months leading up to the 2016 presidential election, because time is truly a flat circle from which none of us can escape alive.

The latest mashup of both ignorant and willfully misleading claims spread by Fox News and affiliates all stems from the recent court filings of John Durham, who served as a Trump-appointed special counsel to probe the Russian election interference inquiry (an investigator of the investigation, basically). Long story short: two techies arguably used their completely legal access to DNS logs to pass information to the CIA regarding suspicious Russian-made phone activity near locations related to the Trump campaign.

Was this within the purview of their jobs? Not really. Should they have taken it upon themselves to do this? Debatable. Did they “hack” White House and Trump campaign devices and “servers” to “intercepted internet traffic, that is emails or presumably text messages," as Fox News host and guy who probably can’t pronounce “quesadilla” correctly, Tucker Carlson, said earlier this week? Not in the slightest.

Legally pro-offered data — The newest manufactured scandal is equally dizzying in its intricacies as it is in its inanity. Basically, Durham’s court filings mention two tech workers whose DARPA-funded jobs were to comb DNS logs for cybersecurity threats. These logs were legally provided to them by clients including the White House via a company called Neustar.

DNS lookups can only really show connections between IP addresses across the internet, and not much else. They certainly can’t provide anyone the contents of things such as text messages and emails. “What these companies can see into your activities is minor compared to the big cybersecurity protections they provide,” Robert Graham explains in a debunking post for the cybersecurity issues newsletter, Cybersect. Another fact-check post from Graham lays it out even more succinctly: “No, there are no servers belonging to the Trump Tower or the White House involved. Actually, there’s no servers involved... [and] no ‘infiltration’ happened.”

Deliberate misleading and casual stupidity — So how is it that we’re once again hearing right-wingers screeching their favorite buzzwords, “Hillary,” “servers,” “emails,” and “hacking?” For starters, Fox News is unsurprisingly fanning the flames extremely hard on this one. Yet again, they are repeatedly claiming “mainstream media” doesn’t want to cover this because it makes Democrats look bad. In reality, they’re not covering it as much because, well it is not really a story worth covering. Also, they have covered it.

On top of this, the popular game of conspiracy telephone ensures that the facts quickly get distorted and reframed to the point where they simply aren’t facts at all. Add in the the relative technical nature of the subject matter, and you get people assuming “DNS logs” must have something to do with spying and other nefarious activities (it doesn’t). What’s more, you can do some DNS-related snooping yourself, completely for free online. Here, check out our DNS hosting provider. Just do us a favor and don’t tell Tucker about it.

In any case, you now should be pretty well prepared to tell your MAGA uncle that the article he saw on Facebook about Hillary Clinton “personally hacking into Trump’s DNS files” is 100 percent garbage.