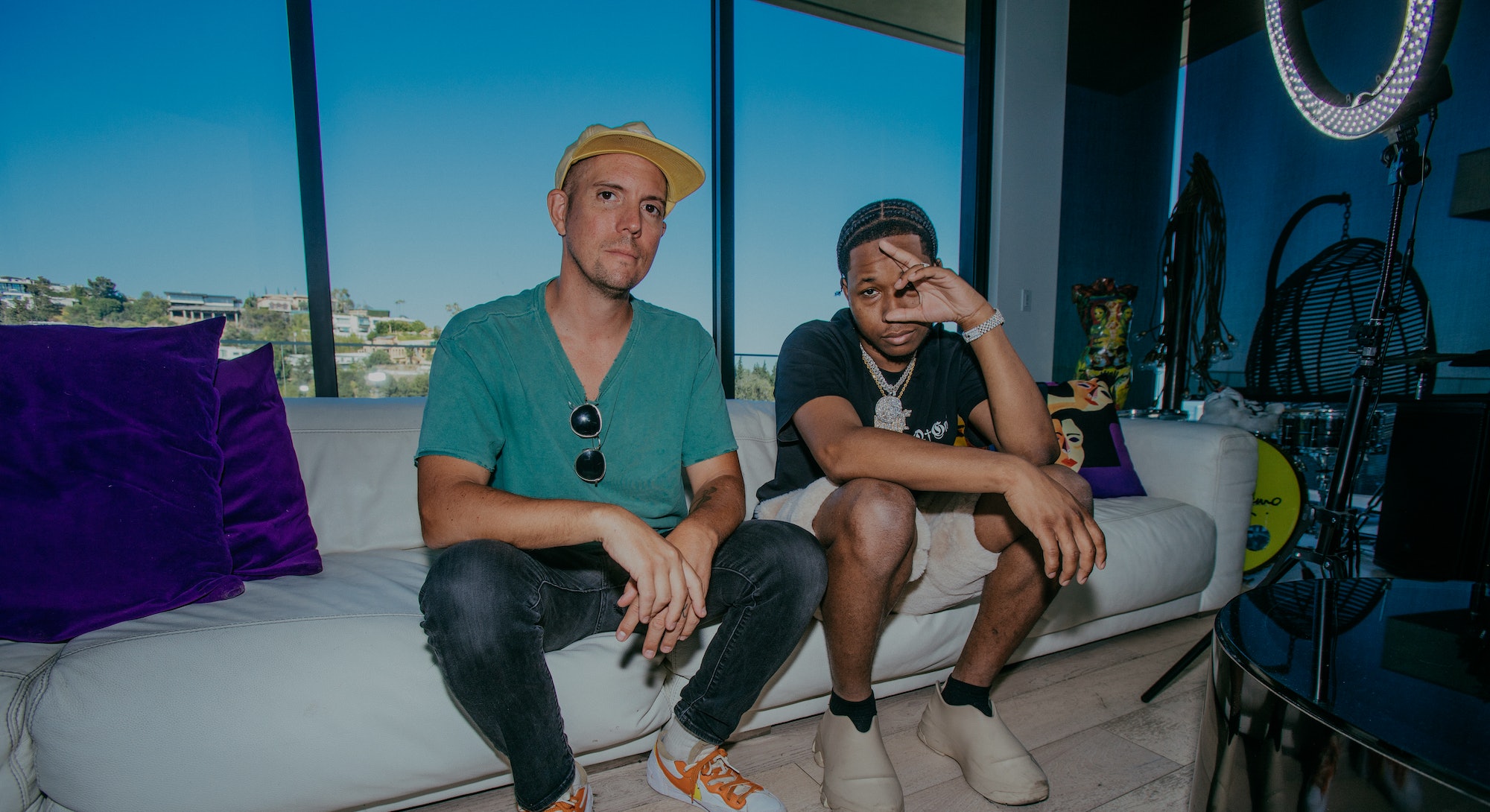 Upon its launch on Dec. 1, 2021, the NFT music marketplace HitPiece promised users the opportunity to buy NFTs associated with the back catalogs of some of the world’s most popular musicians.

There was just one problem: The musicians themselves, including BTS and Taylor Swift, had no idea. In early February, after learning that NFTs associated with his band Bleachers were listed for sale on HitPiece, Jack Antonoff tweeted:

Artists seemed particularly peeved that one of their own — Michael Berrin, AKA MC Serch from the ’90s hip-hop act 3rd Bass — was among the people behind the company.

Chastened by the enormous negative reaction, HitPiece posted on social media, “Clearly we have struck a nerve and are very eager to create the ideal experience for music fans. To be clear, artists get paid when digital goods are sold on HitPiece. Like all beta products, we are continuing to listen to all user feedback and are committed to evolving the product to fit the needs of the artists, labels, and fans alike.”

By the next morning, the site’s contents had been taken down, replaced by a simple message: “We started the conversation and we’re listening.” Meanwhile, HitPiece was subject to a slew of, yes, hit pieces calling the site more despised among musicians than Spotify and “like, an incalculable number of 9/11s” for artists.

Now, six months later, HitPiece is back — and the company would like you to forget about that whole thing in February.

For its relaunch, the 15-member HitPiece team has signed up about 50 artists, including hip-hoppers ATL Jacob, Lil Gnar, and Lil Gotit, who are minting NFT versions of their songs and other content, according to site co-founder Rory Felton, who previously co-founded the Militia Group record label (later acquired by Sony). Felton tells Input that the company will be announcing “tier-one, Grammy-nominated, diamond-level artists down the line, as well.”

HitPiece, which Felton says received $5 million in funding early on, takes a 10 percent transaction fee for any NFTs sold through the platform. There’s also a metaverse component: “Early adopters will get access to their very own music lounge where you’ll be able to share... your NFTs in an immersive listening room,” the site explains.

“Artists can go right now to HitPiece.com and register to be verified,” Felton tells Input right out of the gate. (That’s Felton pictured on the left in the lead image, alongside ATL Jacob.) “One of the value-adds we are bringing to this space is ensuring that only registered and verified artists are minting on behalf of those artists.” HitPiece is doing so in partnership with content-recognition company Audible Magic, which will “help verify ownership of new music prior to minting of an NFT,” according to a HitPiece press release.

That Felton leads with safe, secure verification as the pitch for HitPiece speaks volumes about what went before. When asked about the February controversy, he explains that the situation was a “beta experiment” that got out of hand.

Between the time HitPiece went online and the week artists found their work allegedly being monetized without their permission, Felton claims to have had hundreds of phone calls and meetings with artists, labels, and rights holders. “The overwhelming feedback at the time was extremely positive and excited about it,” he says.

So what went wrong? “Clearly, we failed to have the proper guardrails in place around the product, which led to the miscommunications and challenges that happened,” he says. “We made mistakes with that, and we’re looking to learn from that and build upon that.”

According to a February article in Vice, the HitPiece block explorer showed that hundreds of NFTs had been minted since the site’s launch. “Seemingly, anyone could register on HitPiece to sell a piece of music as an NFT, even on an artist’s behalf,” the outlet reported.

“Clearly, we failed to have the proper guardrails in place that ensure that only the rights holders of creative content could actually mint NFTs containing their assets,” Felton says. “But it should also be clear that none of the beta was on a decentralized blockchain. It all was on a private chain in a custodial experience.”

Despite the fact that some of the NFTs featured on the site had been minted, Felton claims no music was in fact up for sale on HitPiece; the platform only displayed artwork associated with artists’ releases, which likewise was not available for purchase. (HitPiece’s content was scraped from Spotify’s publicly available metadata, The Los Angeles Times reported.)

“I do not agree at all with the RIAA claim that it’s a scam. That’s not what our business was or is about.”

“It was attempting to try and make it easy for an artist to have their own storefront, and to show them how quickly it could be done, so they could enter this space quickly,” he says. Felton calls the initial version of HitPiece a demonstration: “a game, or a vision of the future, if you will.” He adds, “It simply got away from us.”

Sadie Dupuis, frontperson of the indie rock band Speedy Ortiz, who found her music listed on HitPiece early this year, didn’t see it as a game. “For a company artists have not chosen to work with to extract financial benefit off our work sans permission is pretty clear-cut copyright theft,” she tells Input.

Whatever the truth of what happened earlier this year, it’s fair to say the beta launch of HitPiece did not go well. Besides the musicians who lambasted the company after finding their artwork on its website, the Recording Industry Association of America (RIAA) condemned the site in a press release and a letter to HitPiece’s attorney.

In that press release, Ken Doroshow, the RIAA’s chief legal officer, said, “HitPiece appears to be little more than a scam operation designed to trade on fans’ love of music and desire to connect more closely with artists, using buzzwords and jargon to gloss over their complete failure to obtain necessary rights.”

That’s a representation that Felton takes umbrage with. “I do not agree at all with the RIAA claim that it’s a scam,” he says. “That’s not what our business was or is about.” Felton didn’t directly answer a question from Input as to whether the situation with the RIAA was resolved, instead saying that the association has since put HitPiece in touch directly with member labels the RIAA represents.

“We are not actively speaking with RIAA, because we’re speaking with their member parties,” Felton says. The RIAA declined Input’s request for comment.

One party Felton and HitPiece aren’t actively speaking to: Berrin, AKA MC Serch, who parted the company in the wake of the controversy.

Berrin, likewise, is not forthcoming. “My reason for leaving HitPiece is no comment,” Berrin says in an email to Input, “but I wish them all the best in their future endeavors.”

Despite the drama, Felton remains eager to relaunch HitPiece — and believes that musicians are too. “We’re really just focused on helping artists achieve what they want to achieve,” he says. “We think we’ve got this. We know we have the simplest platform out there for music artists to use to mint NFTs and the audience to buy, and we hope to continue to innovate in the space and onboard more people into Web3.”

Felton admits that the negative headlines and subsequent retooling of the platform have cost the company precious time. By now, of course, the NFT market has crashed. But he’s still confident about the future. “Anyone entering the NFT space has to have a long-term vision for it,” he says. “Just like crypto, there seems to be large swings, both up and down.”

“I’m sure there may be some artists that [the controversy is] a hurdle for them. And we’re happy to speak to them if they have any questions about what happened and where we’re going.”

Felton claims that HitPiece’s past missteps haven’t been an issue for the 50 or so artists they’ve partnered with for their relaunch. He brushes off the idea that HitPiece has to work harder based on what’s gone before. “I’ve been an entrepreneur my whole career,” he says. “In a certain sense, it just feels like anything else I’ve done.”

He positions the issues HitPiece had back in February as normal for boundary-breakers. “I think anyone in the startup world, you’re pushing a new reality on the universe, right? It’s never an easy feat. But we think we’re providing real value for artists and for fans.”

When Input points out the reality to Felton that any artist that hears HitPiece’s pitch is going to google them and see the past headlines, he replies, “I’m sure there may be some artists that it’s a hurdle for them. And we’re happy to speak to them if they have any questions about what happened and where we’re going.”

The challenges Felton and HitPiece face are perhaps best summed up by Dupuis. “If HitPiece have figured out a way to run their business without infringing on IP, that’s certainly an improvement over the messy and illegal beta version they made public earlier this year,” she says. “But it’s certainly not a service I’d be opting into anytime soon — or ever.”