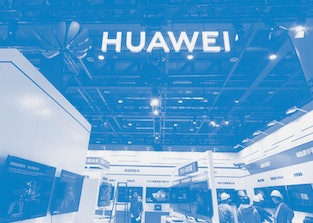 How much backing WSJ claims (and the company denies) Huawei received from the Chinese government.

It wasn't the best Christmas gift. On December 25, The Wall Street Journal published a detailed report about the finances that backed Huawei, claiming that a solid chunk of it came from the Chinese state. It’s this kind of massive funding that gave the Chinese company remarkable market power, the outlet reported. But Huawei has since fired back on Twitter, saying that the newspaper published falsehoods and failed to note that Huawei ascended the global market through sheer diligence (or so it claims).

Follow the money — In cold numbers, according to the publication, Huawei received a whopping $46 billion in loans and credit from Chinese state lenders, along with a tax break in the form of $25 billion, a discount of $2 billion for land loans, and some $1.6 billion in grants. When added together, the finances go just a bit over an eyebrow-raising $74 billion. In a separate report, The Wall Street Journal explains how it came to its final calculations about Huawei.

Huawei claps back — On Twitter, Huawei hit back at The Wall Street Journal and called its report a collective set of “untruths.” Based on "false information and poor reasoning," Huawei stated that the report "speculates wildly" about the company's finances and global rise. It claimed that it wasn't Chinese state money that promulgated Huawei to the global market but the "30 years of heavy investment in R&D, our focus on customer needs, and the dedication of our 190,000+ employees." In a statement to Business Insider, however, a Wall Street Journal representative stood by the report, noting that the Chinese company did not substantiate its refutations.

Rough patch for Huawei — No one really enjoys bad press. But if you’re Huawei and you’re on America’s trade blacklist for national security concerns and your CFO has gone through a year-long house arrest among other company-wide issues, negative publicity about how your company got to the top is the last thing you need on your plate. While a fiery rebuttal seems like a natural response, the company should steel itself for similar future reports about its funding and market position as Chinese and American trade ties get even more tense and complicated.