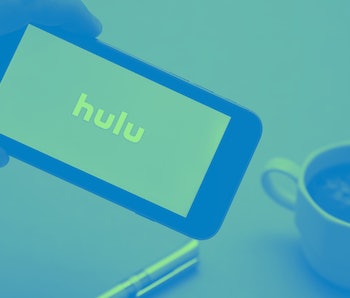 Millions of Americans binge-watch their favorite series on a variety of streaming services. But for those not watching on premium subscriptions, these binging sessions come with some annoying interruptions: commercials. This problem will soon evaporate for Hulu users.

The company announced Thursday that Hulu will "reward" its binge-watchers with ad-free shows — but there's a tiny catch.

No such thing as a free lunch — Usually when companies say “ad-free,” it means... you won't see advertising. In Hulu's case, while you won't have to endure watching a full-length commercial, you'll still see a brief ad. These ads, per Hulu, will come from Georgia-Pacific, Kellogg’s, or Maker’s Mark.

The idea is that although you're not being flooded with brain-dead commercials, Hulu will still help these brands reach more subscribers by straightforward and rather short exposure.

How does it work — Simple. Hulu categorizes “binge-watchers” as people who watch three episodes of the same show in one session. If you’re one of those people, Hulu will “reward” your skill for staring at the screen for so long with a rather brief ad from one of its partnered brands: “This ad-free episode is presented by Maker's Mark/Kellogg's/Georgia-Pacific.” That’s less torturous than, say, one of those commercials about masculine soap.