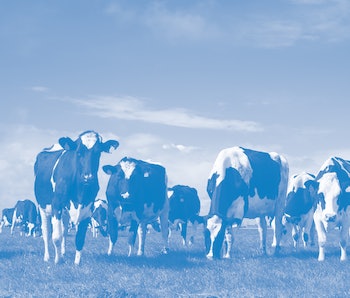 Impossible Foods plans on hiring more than 100 scientists to bring us all dairy-free milk that tastes and behaves just like cow’s milk. The scientists, called Impossible Investigators, will work on this dairy alternative as well as advancing the company’s offerings in other areas like steak and fish. The hiring spree is made possible by $700 million from two funding rounds this year, the most recent round securing $200 million in August.

Impossible Investigators — Intent on making Imagineers for plant-based meat and dairy products, this push to roughly double its research and development team could catapult Impossible into even greater success. In addition to advancements in plant-based milk technology, the company hopes to tackle different cuts of beef and mimic the marbling we all associate with foods like steak. Chicken and fish are also slated to eventually join Impossible's beef and pork products. Impossible's main competitor, Beyond Meat, has nearly three times the market value, but its stock took a tumble after today’s announcement.

Impossible Foods is the clear front-runner in the intellectual property department, boasting about 250 patents related to its processes. This commitment to the research side of the business, fueled by a race to quell agriculture’s effect on climate change, is precisely what sets the company up for long-term growth and adoption.

Moo who? — Engadget reports that Impossible showed off a prototype of its milk alongside other dairy-free milk alternatives. An Impossible researcher claimed it was just as creamy as regular milk and even stirred it into hot coffee to demonstrate that it won’t curdle like soy and nut milks do. If the company can bring the “milk” to market before Chilean NotCo breaks into the U.S. with its creamy milk dupe, this could upset the alternative milk industry as we know it.

“The plant-based alternatives that are out there are inadequate,” CEO Dr. Patrick Brown said in the press conference, noting that he hates soy milk, according to CNBC. “The reality is that if they weren’t, there wouldn’t be a dairy market.”

In an interview with MIT Technology Review, Brown envisioned a future where cattle are pets. In order to get there, he wants to make it unprofitable to raise them by undercutting every profitable component. If he can put $700 million where his mouth is, we might get a whole generation that never consumes any part of cow sooner than we think.