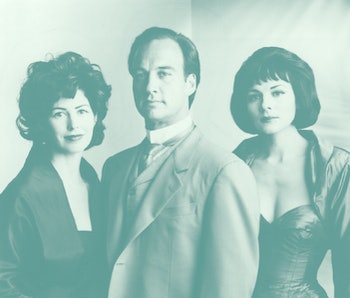 Episode 39: The ’90s most visionary TV show / Where to go for virtual hugs

In 1993, ABC aired a five-part, ambitious miniseries called Wild Palms. The show, produced by Oliver Stone, was a sprawling treatise on polarized politics, hallucinogenic drugs, religion, and the rise of technology. It was also a commercial disaster. Input Editor-in-Chief Joshua Topolsky joins us to talk about the series, a remastered HD version of which is now available on Blu-ray. And later: In the era of social distancing, hugs are in short supply. So people are using technology to experience the next best thing to in-person affection. Input news writer J. Fergus recently wrote about video cuddle sessions and immersive VR experiences. They join us to discuss.