“Cars create way more value in the world than they destroy. And I think social media is similar.” 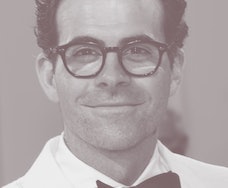 Adam Mosseri, head of all things Instagram, is facing the ire of the internet this week for making a strange comparison between social media safety and that of cars. The comment came in a recent episode of Vox’s “Recode Media” podcast, as Mosseri attempted to enunciate his thoughts on Instagram’s less desirable side effects.

“We know that more people die than would otherwise because of car accidents, but by and large cars create way more value in the world than they destroy,” Mosseri said.

The metaphor — as Mosseri later fessed to on Twitter — is less than ideal, for pretty obvious reasons. He’s right that we choose high levels of mortal risk when we operate cars, in hot pursuit of the value they add to the world, and, yes, Instagram has both risks and rewards, too. But the operation of motor vehicles is heavily regulated by governments around the world. And Instagram doesn’t exactly add value to the world in the same way cars do. We’re not logging into the app so we can drive it to the grocery store.

The question of regulation — Some of the social media backlash Mosseri has faced since the release of his interview centers on that less-than-ideal metaphor. Mosseri’s response to this initial wave of criticism was to remind reporters to listen to the actual interview before dunking on him.

The problem is that the conversation doesn’t really correct itself from there on. Mosseri basically said that, yes, Instagram welcomes regulation from higher powers. But he offers no solutions or even areas where regulation might come in handy. He errs very much on the side of caution with his words.

“We think you have to be careful because regulation can cause more problems,” he said.

Is Mosseri…delusional? — Clumsiness aside, Mosseri’s metaphor is also just silly. Instagram could never add the sort of value created by motor vehicles. If we woke up one day and Instagram was gone, the world would move on just fine! Mosseri likening his company’s app to a mode of transportation just doesn’t make much sense.

Here’s the other thing about cars and Instagram: The value added by each could be created in a much less harmful manner. Public transportation is, on the whole, much more efficient, with far fewer deaths than traveling via car. Instagram is ostensibly about sharing photos, but Flickr never had to worry about being toxic for teen girls.

Mosseri thinks journalists are harping too much on his metaphor without listening to the whole interview. What’s more worrying than the clumsiness of the metaphor is the self-importance of Mosseri’s statement. Sorry, Adam, Instagram’s just not that pivotal to human life in 2021. Actually, scratch that, we’re not sorry.