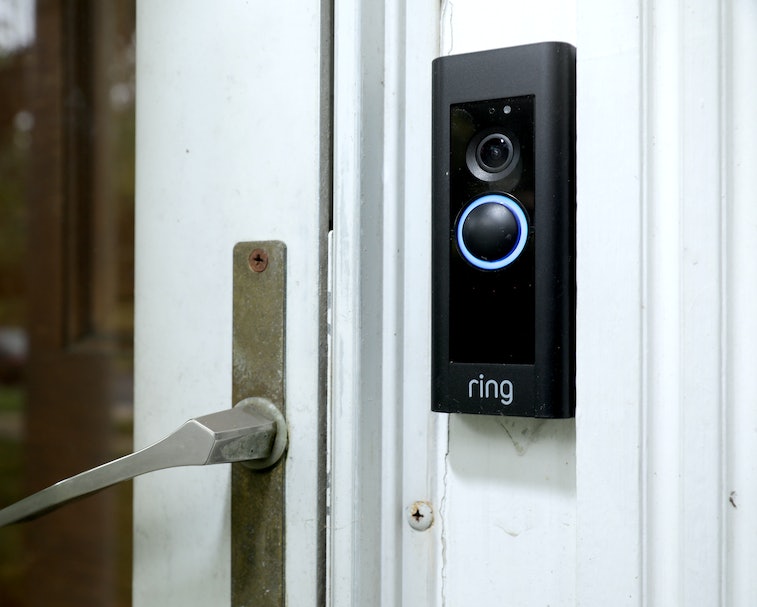 A judge in the Oxford county court ruled this week that using a Ring doorbell without a neighbor’s express consent violates both the U.K.’s General Data Protection Regulations and 2018’s Data Protection Act. A neighbor of Jon Woodard, a plumber, complained that Woodard’s Ring doorbell violated his privacy, The Guardian reports. He could face fines of up to $137,000 for the violation.

The neighbor and Woodard reportedly had two arguments about the cameras once the neighbor realized Woodard had remote access to listen to and watch her. The neighbor eventually moved out when Woodard refused to take down the Ring cameras.

The doorbell cam recorded some of the neighbor’s garden and her parking space; the judge has ruled that any of that footage is the neighbor’s personal data. The ruling also called the Ring’s ability to capture conversations at a distance of 40 to 60 feet “excessive.”

Amazon says please — Amazon, in typical Amazon fashion, didn’t have all that much to say in response to the judge’s ruling. And what little the company did state included no culpability.

“We strongly encourage our customers to respect their neighbors’ privacy and comply with any applicable laws when using their Ring product,” Amazon said. The company also pointed to Ring’s included privacy settings, like the ability to turn audio recording on or off.

Inherently nonprivate — Ring doorbell cams are meant to be a minimal safety measure for your doorstep. To catch the person who’s been stealing your Amazon packages, for example.

The problem is that these seemingly harmless cameras are all too often being used for other, less protective reasons. Law enforcement agencies have been particularly keen on co-opting Amazon’s technology for surveillance purposes.

This particular case’s domestic scenery is outside the usual purview of Ring privacy cases. It likely won’t set legal precedent, according to digital rights group ProPrivacy, but it’s a powerful reminder that — at least in the U.K. — privacy laws do explicitly prohibit one of Ring’s core features.

There is a relatively simple solution that could’ve avoided this conflict entirely. Woodard could have asked his neighbor’s permission before putting up recording devices... and respected their wishes if they refused. Amazon’s advice there was genuinely useful. Better still would be if Amazon stopped creating surveillance devices altogether. But we know that’s not happening any time soon.