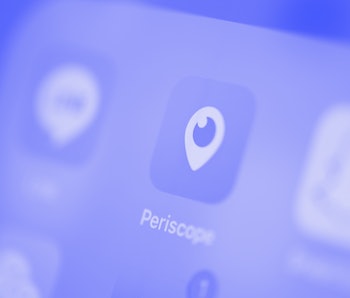 Although Twitter has recently rolled out video-based social media features like Twitter Live and Fleets, a review of the app's internal coding appears to foreshadow the imminent demise of its first major foray into livestreaming. While the company has not yet released any official statement, all signs point towards Periscope perishing in the very near future.

A long time coming for Periscope — Way back in the distant past that was 2015, Twitter acquired Periscope before the app even launched in a bid to capitalize on livestreaming's emerging popularity as demonstrated by rivals like Houseparty's precursor, Meerkat. The social media giant subsequently integrated its purchase into the platform via the "Twitter Live" function while also maintaining Periscope as its own, separate app, where it's provided diminishing returns ever since. Couple that with the rise of quick-bite (RIP Quibi) livestream apps like TikTok, and it was really only a matter of time before Twitter put Periscope out to pasture.

The code doesn't lie — Twitter, so far, has been mum on the decision, but the coding's on the screen so to speak, according to eagle-eyed programming sleuth, Jane Manchun Wong. According to her findings, embedded within Twitter's app is a Python string labeled "ps_app_shutdown_learn_more_url" linking out to Twitter's Periscope FAQ website, which isn't exactly subtle. Wong told TechCrunch that, while the same coding couldn't be found within Periscope's app, both it and Twitter share so much formatting that the two will almost certainly sync with one another soon.

We lost Vine for this? — It's probably also worth mentioning here Periscope was pretty much the sole reason for the death of society's one pure app, Vine. Twitter bought that platform at one point, too, but even with its rising popularity at the time, the company decided to scuttle its acquisition to focus attention on Periscope... and, well, here we are.

With both Fleets and Twitter Live not exactly inspiring the same devoted following and cultural discussion as something like TikTok, it's pretty safe to say the company still really doesn't understand how to best utilize video in social media, and what's more, it destroyed a perfectly fine, fun rival app in the process.

It's unlikely Fleets is gonna blow up in any real way, so we suppose we can all gather back here in 4-5 years time to see what new, behind-the-curve app feature Twitter decides to push on consumers next while squandering another, perfectly good one that we all already enjoy. That is, if it's even still around.