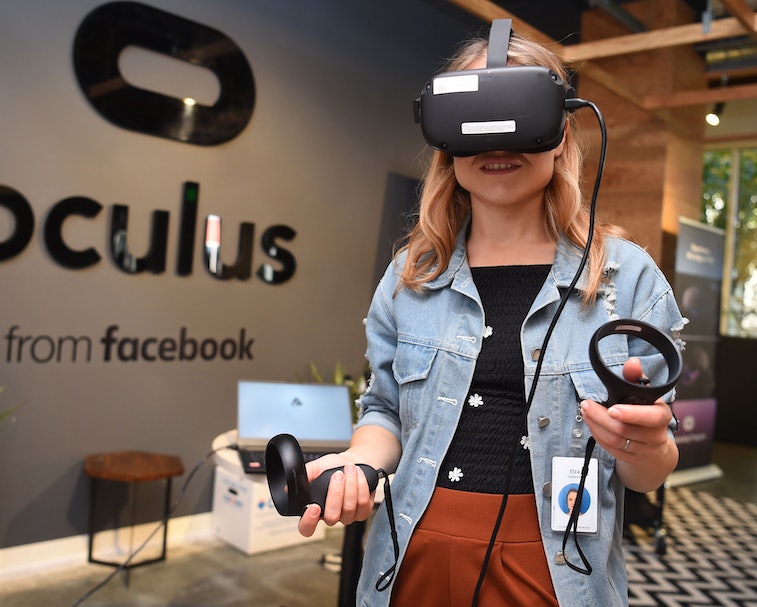 The non-profit research firm known as the XR (Extended Reality) Safety Initiative has reportedly bypassed Facebook's security protocol for the Oculus Quest 2, which should eventually enable users to use the VR headset without needing to have a Facebook account. That's not just good news for the right-to-repair movement, which argues that people should be able to do whatever they want with the hardware they own, but also for those VR fans who don't like the idea of being forced to participate in Zuckerberg's empire.

Part of the motivation for finding a workaround from Facebook's stipulation that users have to have an account on the platform to use Oculus' services is the numerous issues being reported to Facebook of users being locked out of their Oculus devices. Another is that with Facebook already exerting outsized control over the digital advertising and social media spheres, many don't want it exclusively holding the reins to VR's future, too.

XR Safety Initiative confirmed its jailbreak success, first on Reddit, and then through a statement from the founder, Kavya Pearlman. Here is what Pearlman said:

A researcher from the XR community has gained root access to Oculus Quest 2 and is able to bypass Facebook Login. XRSI’s own researchers have validated this jailbreak and are currently working to gather assurances to protect the individuals who discovered these methods of jailbreak.

But the company isn't limiting its efforts to its own researchers:

We have also learned there are other researchers out there, who have gained similar access and are unsure how to proceed without clear policies around the right to repair. If you are one of those researchers, we urge you to contact us and share the details in a secure manner. Contact XR Safety Initiative XRSI via info@xrsi.org or Use Signal 510-990-4438

Right to repair — Pearlman's position on jailbreaking devices like Oculus Quest 2 is that if you pay for a product, you own the right to experiment with it as a consumer. However you like. This includes repairs and tinkering.

For Facebook, this is bad news. The company is already being criticized for deleting Oculus purchases if you delete Facebook, rendering software people have paid for unusable. Facebook has every right to make the rules for Oculus. It's a private company. But hopefully it'll take heed of the writing that's on the wall. If it wants Oculus to become the global standard for VR it's going to have to reconsider forcing users to buy into the rest of its ecosystem, too.