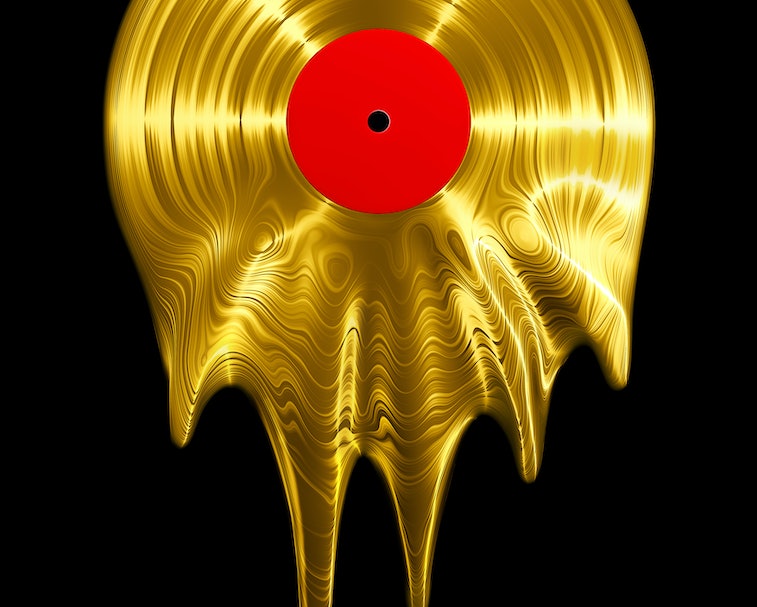 Go outside almost anywhere in the U.S. right now and you will invariably sweat harder than Ben Shapiro whenever he watches Broad City. It’s seriously hot, and we mean that quite earnestly. But in addition to the myriad, major, life-threatening problems climate change poses to us in the here and now, it’s also affecting smaller aspects of our day-to-day indoor escapism: As Pitchfork explained yesterday, the (latest) heatwave is forcing independent record labels to contend with record-shattering temperatures damaging and warping their vinyl record shipments.

Pitchfork relays that indie labels like Ba Da Bing, Sargent House, and Joyful Noise have all either been alerted to customers receiving melted LPs, or are proactively attempting to deal with the potential seasonal complications. Ba Da Bing, for example, is currently offering to delay customers’ record shipments until things cool down a bit, as well as allowing for shipping upgrades to Priority Mail instead of Media, while Sargent House recently noted the merch company it works with includes the following fine print disclaimer on its site: “Please be aware we DO NOT issue refunds or replacements for damage due to extreme weather conditions, minor cosmetic damage, such as corner dings, bends, split inserts, and so on.”

Meanwhile, Joyful Noise has taken it upon themselves to affix a sticker to all its vinyl record shipments that reads “PACKAGE CONTAINS VINYL RECORDS, DO NOT LEAVE IN DIRECT SUNLIGHT (f*ck climate change).”

Simple, and to the point. We approve.

The new normal — The current problems hitting the independent record industry perfectly encapsulate how climate change’s havoc is now touching every aspect of our lives, no matter how far removed we might fool ourselves into believing they are. While LPs’ susceptibility to the season’s temperature spikes is making the rounds online right now, it’s not hard to extrapolate that situation to all manner of delicate products currently en route across the country.

As summers continue to pummel us with triple-digit temperatures, shipments are simply that much more vulnerable to damage going forward. It’s part of the new normal, and it’s well past time everyone comes to grips with that reality while working towards repairing our world for future generations... that, or further investigate that one Republican’s suggestion to try altering the moon’s orbit as a quick fix.

More like this
Evan Rodgers
5.18.2022 1:00 PM
The Great Outdoors
How to get high-speed internet in rural America
Andrew Paul
5.11.2022 7:50 PM
Iconic
This summer’s vibe is a $400K Zillow listing collapsing into the ocean
Michelle Leighton
5.15.2022 2:00 PM
The Great Outdoors
The 8 best unlocked portable Wi-Fi hotspots for travelers and digital nomads