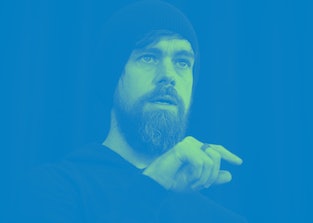 How much Dorsey pledged toward Start Small LLC for coronavirus relief.

Under the COVID-19 outbreak, the world’s wealthiest people have been on the receiving end of some fairly justified public rage. As the affluent get slammed for their tone-deaf and self-congratulatory messages while having far more open access to medical testing for the virus, publications have curated millionaire and billionaire trackers to jot down if the wealthy are donating any pandemic relief — or not.

Jack Dorsey finally seems aware of this ongoing rift between the haves and have-nots of society. On Twitter, the CEO of the social network announced that he was donating $1 billion of his Square stock toward Start Small LLC for COVID-19 pandemic relief. Presumably anticipating questions from the public about his financial status, Dorsey added in parentheses that the amount comprised 28 percent of his wealth.

Disarm then distribute — According to Dorsey, the $1 billion figure is initially intended to “disarm” the pandemic and then, once that goal is achieved, the Twitter CEO says that the “focus will shift to girl’s health and education, and [Universal Basic Income].” The focus on bolstering educational and health initiatives for young girls is key to fight “existential problems facing the world,” Dorsey noted. As for UBI, the CEO said that it’s a “great idea” that warranted sincere and sustained “experimentation.”

Former Democratic presidential nominee and UBI proponent Andrew Yang, of course, cheered the UBI concept on. In the comments below Dorsey’s announcement, Yang tweeted, “Thank you, Jack! This is a spectacular commitment.” It's worth noting that the decision to pull from Square, and not Twitter, is a financial one. According to Dorsey, he owns more stock in the former company, which could see a growth in market share as an alternative payment firm with the CEO's decision.

Watch the flow — For those interested, Dorsey linked to an open Google spreadsheet that allows people to follow the plan in real-time. It’s one of the most transparent strategies coming from the tech sector so far, and Dorsey emphasized the need for it. “It’s important to show my work so I and others can learn,” Dorsey noted. “I’ve discovered and funded ($40mm) many organizations with proven impact and efficiency in the past, mostly anonymously. Going forward, all grants will be public. Suggestions welcome.” At the end, Dorsey threw in a winking emoticon and told followers to “drop your Cash App.” (In mid-March, Dorsey asked Twitter users to share their Cash App usernames so he could donate to them.)

It's a welcome gesture from the Twitter CEO. In the past, as Input reported, Dorsey's peculiar plans to journey through Africa elicited criticism from shareholders while investors sought to oust him from his highly coveted CEO role. Donating to pandemic relief doesn't mean that all is well at the Twitter HQ, but it shows that Dorsey is at least trying to do his part in helping this coronavirus-disrupted world.