“Sorry. Not beautiful. And no amount of authoritarian tolerance is going to change that.”

Jordan B. Peterson on Yumi Nu 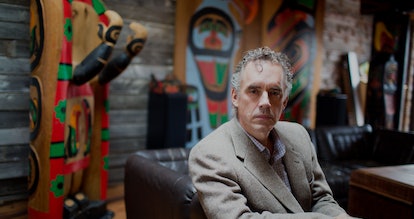 It has been said that there is no such thing as a good tweet. While that remains up for debate, no one would deny the existence of those that are unfathomably bad. This is the Input Bad Tweet Hall of Fame.

Some things in this life just come down to magnetism: Flies, for instance, are destined to find dung; dogs are primally bound toward smelly garbage; and similarly, Dr. Jordan B. Peterson is drawn to having words fall out of the place where his mind should be, and sometimes — to the detriment of us all — spilled onto Twitter like sour milk.

The latter scenario is exactly where we find ourselves after Peterson — a longtime purveyor of bonehead misogyny — fired up the ol’ genius brain, and decided to send out this wholesome tweet about model/singer Yumi Nu, who recently appeared on the cover of Sports Illustrated’s famed swimsuit edition.

“Sorry. Not beautiful,” Peterson tweeted. “And no amount of authoritarian tolerance is going to change that.”

Touché, Dr. Peterson. Checkmate! Your crusade against the authoritarian thought police, who brutally ask that you accept “regular” body types is surely coming to a bloody close, and you, as usual, are valiantly ascending the proverbial castle to hoist your Freedom Flag — which in this case happens to be an “I’m with stupid” T-shirt with the arrow pointed directly at your Very Superior-looking face.

It would almost be funny to watch Peterson make a dunce out of himself on Twitter if it weren’t for the fact that lots of men actually take their cues from the things that he says and espouses in his (alarmingly popular) books and lectures. Peterson has gone on record to condone concepts like “enforced monogamy” in which women would be doled out to straight men equitably like, I don’t know, um, bread or some other inanimate resource.

In the past, Peterson has even gone as far as supporting the idea of forced monogamy using the acts of Alek Minassian, a self-identified incel who killed 11 people with a van in Toronto. “He was angry at God because women were rejecting him,” Peterson said. “The cure for that is enforced monogamy. That’s actually why monogamy emerges.”

I could go on about Peterson and all the toxic sludge that he peddles. I could even stoop to his level and choose to point out that he looks like Fred Munster got bungled in a teleporter from The Fly, except instead of a fly, someone accidentally dropped a golden raisin in the pod. But I’m above that kind of discourse, and I am certainly no authoritarian, so instead I’ll usher Peterson to where he — on his epic heroes journey — was destined to arrive: The Bad Tweet Hall of Fame.