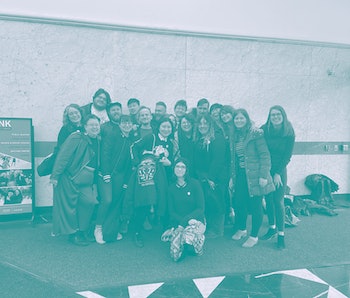 Kickstarter, one of the world's largest crowdfunding platforms, announced today that its staff has voted by a count of 46 to 37 to unionize. The company shared pride in its staff and in "the fair and democratic process" that led to unionization. Kickstarter United will be the first union of white-collar, full-time employees in the tech industry.

A prolonged battle — Kickstarter's path to unionization has by no means been an easy one. Though the company's official stance is now one of pride, that hasn't always been the case. Kickstarter's staff has been negotiating with management over the prospect for more than a year and a half. During negotiations, at least two staff members were fired — and at least two others were forced out by intimidating management.

Kickstarter denies having ever fired workers for attempts to unionize.

Next up: bargaining — Now that the union has been voted on and officially recognized by management, Kickstarter United will need to negotiate its first contract. The union is creating "an inclusive and representative bargaining committee" to ensure that the process is smooth and keeps in mind all Kickstarter employees. The union has also declared an end to its media blackout, which has been ongoing since mid-December.