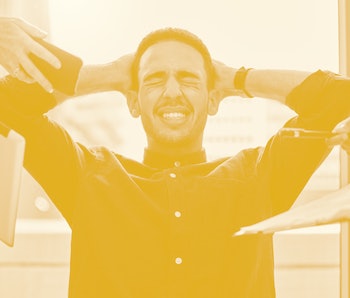 It’s become cliché at this point, but the chaos of the COVID-19 pandemic has been useful in forcing us to re-evaluate our priorities and routines. This is perhaps most clear in our work habits, which rapidly went all-remote during the early days of the pandemic. Now that offices are reopening in some parts of the world, we’re facing an even more difficult question: How will we allow our new pandemic revelations to influence our post-pandemic lives?

Kickstarter is among the highest-profile companies reckoning with these decisions in the public eye. The crowdfunding platform is planning to try a four-day workweek — without reducing employee pay — next year, a spokesperson told The Atlantic. The hope is that allowing employees to work fewer hours will improve workers' lives and actually be good for the company’s bottom line, too.

The five-day workweek, with an average of about 40 hours worked, has been considered the standard in the United States (and elsewhere in the world) for a long time. The more research is actually done into how our brains work best, though, the more we learn breaks are paramount to productivity and mental health.

Experimenting for balance — Employee burnout isn’t a new phenomenon by any means, but for a long time, we’ve gathered very little research into the best ways to fight it. The pandemic has shaken everything up just enough to have employers wondering, with renewed intensity, how they can keep workers happy (and therefore productive).

Kickstarter’s hope is that paying employees their usual salaries with fewer working hours will do the trick. Very few companies — The Atlantic guesses the number is a few dozen at most — have actually gone for the four-day workweek. “There’s more than enough evidence that suggests that more companies should at least try it,” said Jon Leland, head of data and analytics at Kickstarter.

Other companies are experimenting with slightly different takes on burnout prevention — Bumble is giving its entire 700-employee workforce the week off as paid vacation, for example.

A global movement — Kickstarter’s experiment doesn’t have an exact start or end date as of yet, and its results will be fairly limited, given that only about 90 people work for the entire company. The results will nonetheless be taken up as evidence of the viability of such programs in the future.

Kickstarter’s commitment to this pilot is actually part of a larger movement called the “4 Day Workweek” campaign, which launches this week. The campaign hopes that, by convincing more companies around the world to try the shorter workweek, businesses will feel less compelled to automatically stick to a traditional Monday-to-Friday schedule.

Both employers and employees alike stand to gain much from this long-overdue workweek reckoning.