Lyft discloses thousands of sexual assault cases, years after it promised to 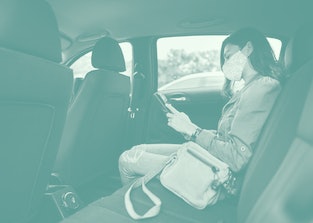 Sexual assault cases reported to Lyft between 2017 and 2019

Nine years after its founding, Lyft has finally gotten around to releasing a full community safety report. Most staggering is the sexual assault data: A total of 4,158 cases were reported to Lyft between 2017 and 2019.

Lyft’s report (which you can read in full here) breaks down these sexual assault cases into 21 categories defined by the National Sexual Violence Resource Center, though the data breakdown only spotlights the five most prominent categories.

The most-reported category by far Lyft calls “non-consensual touching of a sexual body part.” Just over a thousand cases were reported in this category during that two-year period, which constitutes about 0.00014 percent of all Lyft trips completed. That Lyft’s sexual assault cases number multiple thousands is, unfortunately, not much of a surprise; we hear about these cases all the time, just never from Lyft itself. That in itself is concerning.

Some improvement — As Lyft is quick to point out in its notes, the overall probability of experiencing a safety incident in a ride-share is very low. This is true of Uber, too — though more total cases were reported by Lyft’s biggest rival, Uber completes more trips each year, so cases are just as statistically rare.

Another positive from Lyft’s report: The incident rate of sexual assaults went down by 19 percent between 2017 and 2019. The company spends much of its report detailing the may safety and reporting features it’s introduced in the last few years in attempts to bring incident numbers as close to zero as possible.

One notable example is that Lyft now requires all drivers to complete a community safety education course created in collaboration with RAINN, the United States’ largest anti-sexual violence organization. During the rides, Lyft offers quick access to emergency help and provides automated check-ins when it notices a ride has moved off-route or stopped for an extended amount of time.

Three years? — All in all, the report shows that what Lyft is doing to keep riders safe is working. The number of reported incidents has, indeed, decreased since 2017.

But any sexual assault incidents at all is too many. Lyft notes this in its report more than once. Ride-shares by their very nature put two or more people in a car with a stranger — and the public deserves complete transparency in how these companies are dealing with the issue.

Lyft first committed to releasing a safety report in 2018, after a CNN investigation revealed just how widespread the sexual assault issue is for both Uber and Lyft. Uber released its first report a year later; it took Lyft a full two more years to publish a 16-page report of its own.

Lyft’s continually evolving safety features are commendable. But it’s difficult to really believe the company is “determined to help protect riders and drivers” when it took three full years to provide transparency.

More like this
Andrew Paul
5.3.2022 8:02 PM
Bad Medicine
CDC bought phone data to track millions of Americans during quarantine
Will Gendron
5.12.2022 12:00 PM
Yikes
El Salvador's bet on bitcoin has been as volatile as expected
Andrew Paul
5.11.2022 7:50 PM
Iconic
This summer’s vibe is a $400K Zillow listing collapsing into the ocean