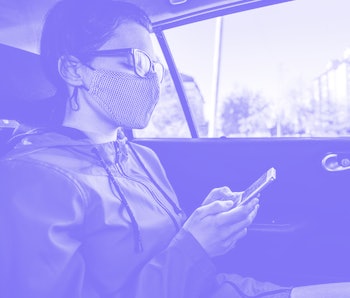 Lyft plans to cut 982 jobs — about 17 percent of its total workforce — as the coronavirus pandemic continues to significantly decrease the demand for ride-sharing in the U.S., the company announced today in a regulatory filing. Another 288 workers will be furloughed for an indefinite period.

The rideshare industry has taken a huge hit in the fallout of COVID-19, as quarantining measures continue to fight the spread of the coronavirus. As of last month, Uber reported that big cities, which account for a huge amount of the company’s sales, were seeing as much as a 70 percent decrease in bookings.

Up until 2020, the rideshare industry had been booming, expanding into new locations and experimenting with self-driving vehicles. Now those same companies are on very shaky ground. Their future is anything but certain.

Layoffs everywhere — As COVID-19 snakes across the U.S., no one’s job is safe. More than 26 million Americans have filed for unemployment since the beginning of the pandemic, and the economy overall is declining at a staggering rate.

Executives at Uber are considering similar cuts to the company’s workforce — with layoff rates as high as 20 percent across the company, according to a recent report by The Information. That means as many as 5,400 of Uber’s 27,000 employees could soon find themselves without work.

Uber hasn’t yet commented on the potential of layoffs but said the company is “looking at every possible scenario” to ensure it comes out of the crisis “in a stronger position than ever.”

Execs aren’t safe, either — Executives at both Uber and Lyft are taking pay cuts to bolster their respective companies. Starting in May, Lyft’s top leadership will take a 30 percent pay cut, while vice presidents will take a 20 percent cut. Board members will also forego 30 percent of their usual cash compensation for the second quarter of the year.

Uber hasn’t spoken to pay cuts, but Uber’s longest-serving executive, CTO Thuan Pham, resigned from the company recently, according to someone familiar with the matter.

Uber, at least, will be okay — Last month Uber said it could survive through the end of the year with an 80 percent decrease in customers and still end 2020 with $4 billion in cash on-hand. Lyft, a younger company with a quarter of Uber’s revenue, likely wouldn't fare so well .

It’s going to be a while until the U.S. needs rideshares again. With airport travel and many large gatherings like concerts canceled for the foreseeable future, a huge chunk of Uber and Lyft’s business will take even longer to regain its footing.