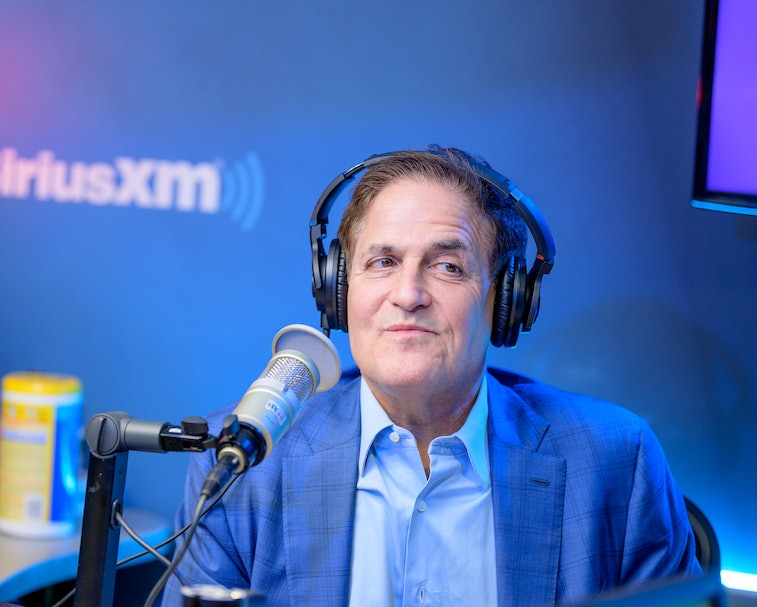 Billionaire entrepreneur Mark Cuban has confirmed to The Block that he is creating an art gallery for creatives to display their non-fungible tokens (NFTs) online in one place. Artists will have the option to show their digital work in any form, The Block reports, by setting up an account on Cuban’s new service Lazy.com.

Plenty of NFT marketplaces exist — rapper Azealia Banks and boyfriend Ryder Ripps sold their adult audio recording as an NFT on Foundation while Steve Aoki sold a piece of his NFT art to former T-Mobile CEO John Legere on Nifty Gateway — but a consolidated digital gallery for displaying them is something that could open up the crypto-art space for more talent and variety. Physical galleries like Superchief in New York are offering physical displays to show off NFTs, but you can’t stick a physical screen to your email signature.

Making NFT displays easier — Cuban's Lazy NFT gallery has a minimalist, clean, and crisp look with basic options to create a profile, connect MetaMask wallets, and also grab a separate Lazy URL to share on social media platforms like Instagram so that viewers can swing by and admire your collection. The Block reports that Lazy has already received "tens of thousands" of visitors.

"I wanted an easy way to show my NFTs and a way to put them in my social bios, my email signature, and any place I can stick a URL. People are curious about what other people collect. There wasn’t a super-easy way to do it," Cuban told the outlet.

He also said, “People bought NFTs, they created them, they need a lazy way to show them off. There really was not an easy way to do it before Lazy.com.”

NFTs, which are a way of using the Ethereum blockchain as a certification for unique value, are unmistakably hot right now. In fact, Cuban says the entire phenomenon is “on fire.” NFTs are being minted in the form of GIFs, audio recordings, weird paintings, and much more. Some artists have sold their art for millions of dollars, including digital artist Beeple whose collection sold for $69.4 million.

A few days later, however, reports emerged that Beeple's collection had multiple racist, sexist, and homophobic sketches polluting the artwork. On top of that, crypto-art’s environmental impact in terms of its carbon emissions has sparked a heated debate on whether this is an ethical medium.

These controversies don’t sound so urgent to Cuban, though. He’s curious about the future of NFTs. “It will be interesting to see what comes next, in terms of competition for mindshare and dollars,” he mused to The Block. We’re curious, too. Curious as to whether we’ll make any money from our Beeple Generator artworks.