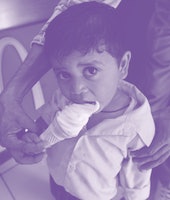 The amount of money Kytch is seeking against McDonalds

The saga of McDonald’s troubled ice cream machines is getting heated. According to a Wired report, Kytch, a small startup that vowed to fix McDonald’s oft-plagued machines, has filed a legal complaint against McDonald’s, alleging that the fast-food juggernaut actively worked to undermine its product and participated in false advertisement.

The founders of Kytch are seeking $900 million in damages after McDonald’s had franchise owners remove all of the startup’s devices from its machines.

Kytch launched its flagship device, called the Kytch Solution, in 2019, which is able to access data for a given ice cream machine, providing real-time information on its status, and ultimately sending this information to a separate interface so that individual franchises can troubleshoot problems.

The problem, according to McDonald’s, is that Kytch’s solution allegedly posed a threat to worker safety. The company told Wired last April, when the conflict was first being publicized that “With this feature [Kytch’s remote solution], we believe anyone cleaning, operating or repairing our shake machines (like restaurant crew members or maintenance technicians) could potentially be injured if the equipment is turned on remotely."

Anti-competitive behavior?— A big part of this lawsuit revolves around McDonald’s partnership with the Taylor Company, the manufacturer of its ice cream machines. Within the legal complaint Kytch draws attention to this partnership, stating that Taylor has spent 20 years developing its own IoT solution — which doesn’t actually allow franchise owners to fix problems, but rather “monitor them in limited fashion” — efforts to meaningfully correct the ice cream conundrum have largely faltered.

By contrast the Kytch Solution, was developed rather quickly and by 2020 had reached close to 500 customers with individual franchise owners expressing satisfaction with the device. In February 2020, a Business Insider article compiled some of these testimonials:

“After not having it, it’s almost scary to think about having shake machines without these or soft-serve units without these devices,” said CJ Timoney, owner of eight Burger King franchises.

While sales were doubling every quarter for Kytch, things looked promising both for the future of its device and the ability for customers to successfully order ice cream, internal emails from McDonald’s point to some foul play. An email from November 2020 to franchise owners implored them to remove the Kytch devices from their machines, claiming that they posed safety hazards and were accessing “confidential information.” To add insult to injury, emails would also promote new ice cream machines built by Taylor, which offer similar features to the Kytch Solution.

These claims were described as false and defamatory by Kytch, and speaking to Wired, cofounder Melissa Nelson stated “They’ve tarnished our name. They scared off our customers and ruined our business ... McDonald’s had every reason to know that Kytch was safe and didn’t have any issues.”

For what it’s worth there is a website that tracks the functionality of McDonald’s ice-cream machines. At the time of this writing, 11 percent are currently broken, with Seattle and Dallas experiencing the highest amount of outages.