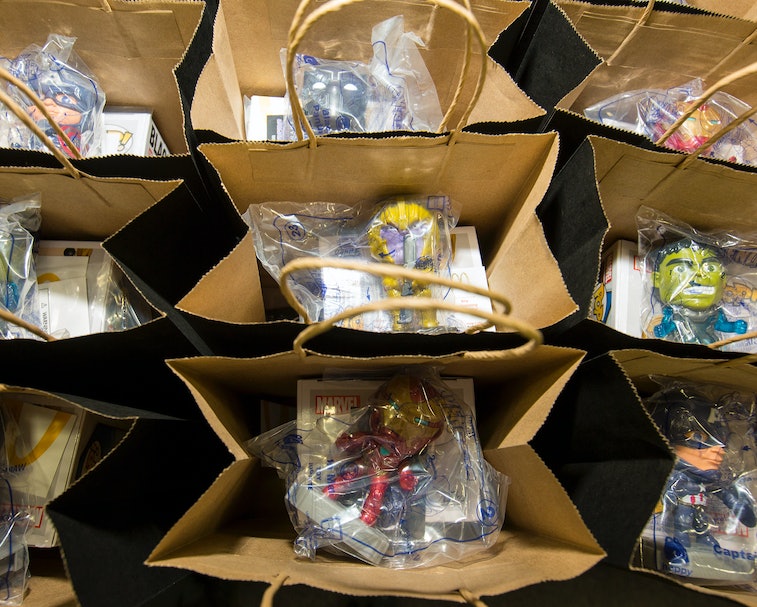 McDonald’s sells its food to kids using fun little toys, but the billion-odd plastic toys it produces each year equates to a lot of toxic material that can end up in landfills. To that end, the company has announced a goal to cut 90 percent of the virgin plastic (newly made) it uses in its toys, according to CNBC.

The restaurant giant says it’s already slashed use of virgin plastic by 30 percent worldwide since 2018.

Net negative — Of course, critics say offering toys at all is a negative that has helped support a global obesity epidemic. It’s brilliant marketing, first introduced in 1979, and anyone who’s ever been to McDonald’s as a kid remembers how enticing the toys were. McDonald’s for its part says it has revamped its kids' meal options to make them lower in calories, sodium, saturated fat, and sugar. But honestly, it’s still not enough.

Research has found that children are significantly more likely to select healthier meals when toys are only offered with meals that meet certain nutritional criteria. As such, many critics have argued that selling toys with unhealthy meals should be banned. Kids are impressionable, which means at young ages they can more easily be taught healthy behaviors. McDonald’s doesn’t really have an incentive to change its well-oiled formula, though. Sugars and fats are addictive and keep you coming back years after the toys have lost their luster.

Either way, it’s better than nothing that McDonald’s at least wants to reduce its impact on the environment. The company says some toys, like board game pieces, will be made from plant-derived or recycled material. Other toys, like movie characters, will be turned into simple 3-D cutouts rather than plastic figurines. It also wants to drop the plastic wrapping.

Other chains have looked for ways to improve their environmental footprint. Taco Bell recently announced a recycling program in which customers will fill boxes with used sauce packets and mail them to an authorized recycling partner.

Social responsibility initiatives like recycling are one way that corporations market themselves to the public, especially demographics that have come to care about issues like the environment. But McDonald’s still has capitalist motivations, so it’s not dropping the toys entirely, or the meals either.